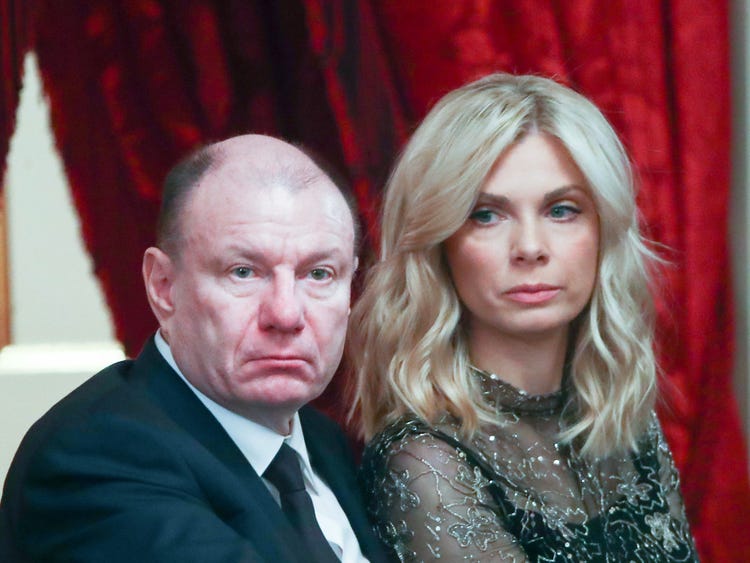 Russia’s richest man, Vladimir Potanin, could be forced to cough out as much as $6 billion to his ex-wife, Natalia Potanina in what could become one of the largest divorce fights ever witnessed in the United Kingdom.

Bloomberg reported that Natalia was given the nod by London appeal judges who granted her permission to renew her claim, having overturned a lower court ruling which had accused her of “divorce tourism.”

He could slide lower than his current rank if Natalia, who initially received $41.5 million after their divorce in Russia in 2014, eventually cash out her claim of $6 billion.
There are however reports that he may not drop to his lowest which was recorded in 2018 when he ranked 83.

Nevertheless, Bloomberg added that Vladimir is opened to seek an appeal of Thursday’s decision which was awarded in favour of his ex-wife of 31 years to the U.K. Supreme Court.

Should Vladimir lose the appeal, the estranged couple would break the current record of 450 million pounds ($631 million) awarded to the wife of billionaire Farkhad Akhmedov in a divorce settlement, though he is yet to pay her a penny.

Meanwhile, Vladimir is valued at $33.5 billion on Bloomberg’s Billionaires Index, making him the 37th richest person in the world.

Vladimir is considered to be one of the few “oligarchs” who became rich under Russian President, Boris Yeltsin.
He was the president of MMC Norlisk Nickel PJSC, the world’s largest producer of high-grade nickel.

14 romantic places to spend your holiday