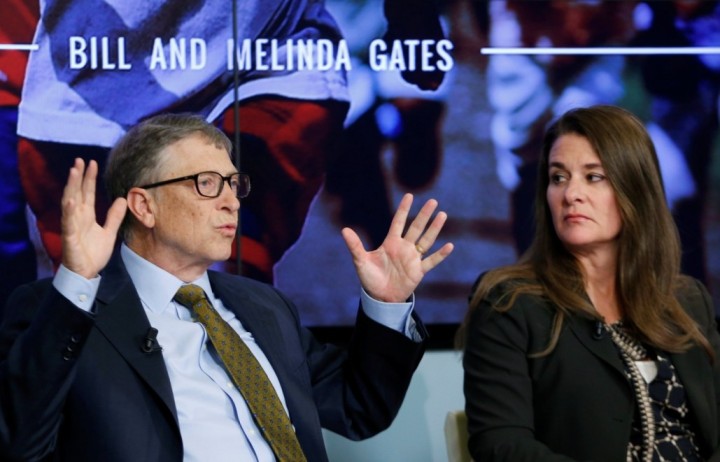 But while the philanthropist has kept the wheel of his company oiled for 46 years since it was founded way back on April 4, 1975, the 67-year-old has stopped the clock on his marriage with Melinda after 27 years and 43years as a couple in a shocking Twitter post on Monday night.

While the world is busy reacting to the split between Bill and Melinda, WuzupNigeria brings you some things you probably do not know about the separated couple.

1.
Bill began dating Melina in 1987 after meeting at a trade fair in New York and in 1994 and tied the knot in a private ceremony held in Lanai, Hawaii.

MORE READING!  My neighbour hired hoodlums who attacked me with acid - Lady narrates

4.
Melinda on the other hand, ranked No. 5 on Forbes’ “Power Women 2020” list, making her one of the most powerful women in the art of philanthropy.

6.
Gates who is a graduate of Havard University relinquished day-to-day oversight of Microsoft in June 2008—although he remained chairman of the board—in order to devote more time to the Bill & Melinda Gates Foundation. In February 2014 he stepped down as chairman but continued to serve as a board member until 2020.

7.
In December 2020, the couple through the Bill and Melinda Gates Foundation announced a donation of $250 million to the fight against coronavirus, its largest single contribution to fight the pandemic.

8.
The couple, through the Gates Foundation, provides more than USD $400 million in funding to partner organizations that are operating health and development programs across the nation. That amount includes funding to help eradicate polio, to support small farmers increase food production, and to empower women to seek healthcare during pregnancy and through improved access to contraceptives.

9
A July 2020 report from CNBC revealed that the couple agreed to pay off Nigeria’s polio debt of $76 million debt borrowed from Japan and the payment will be made over the course of 20 years, beginning from 2020.

10.
Gates’ three children, son – Rory and daughters – Jennifer and Phoebe, would inherit a small percentage of around $10 million each of his $113 billion wealth when he passes as the Microsoft CEO and Melinda reportedly agreed that the rest of his fortune will go to charitable causes.

While the divorce settlement between Melinda and Gates is yet to be ascertained, the couple in a statement on Monday night said that the belief they share about the foundation and philanthropic work would continue. “We continue to share a belief in that mission and will continue our work together at the foundation,” they said.

However, Vox reports that their separation could set records for the largest divorce settlement to date. Citing l Jeff Bezos, the world’s wealthiest man’s divorce from MacKenzie Scott for about $36 billion, which is the largest settlement ever recorded a few years ago.

Although many hearts across the world have been shattered by the shocking news that Bill and Melinda can “no longer believe we can grow together as a couple”, the philanthropists have however asked that “for space and privacy for our family as we begin to navigate this new life.”