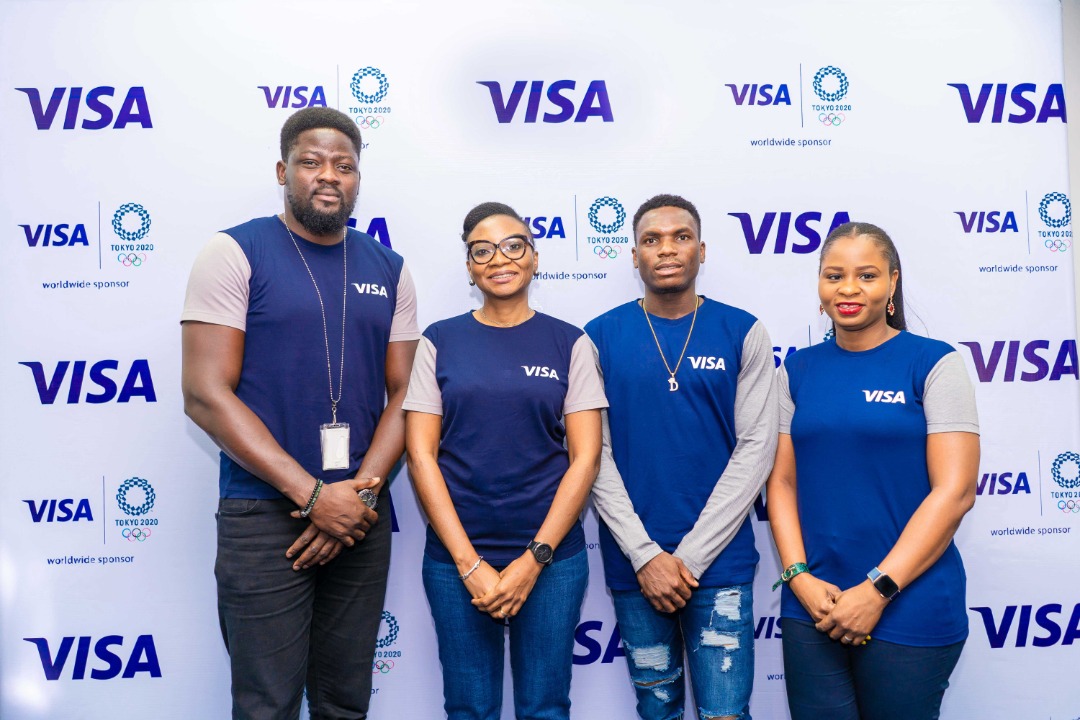 Visa has announced that Nigerian Athlete Divine Oduduru has been signed on to their global Team Visa program for the Olympic Games Tokyo 2020.

WuzupNigeria is glad to let you know that it is safe to say that Divine Oduduru has joined the growing list of athletes Visa is supporting in their pursuit of success at the upcoming Olympic Games Tokyo 2020.

Team Visa athletes are selected based on their expected demonstration of strong competitive performance at the Olympic and Paralympic Games, regardless of nationality and background.

They are selected based on their personal journey, competitive achievements and community involvement. In talent as well as character, its members represent Visa’s values of acceptance, partnership and inclusion.

Divine Oduduru, is the second-fastest athlete in Africa after finishing 100 metres race in 9.86 seconds and 200 meters in 19.73 seconds at the NCAA championships this year.

He actively began his career in 2007 and has since gone on to set groundbreaking records at both local and international levels.

The Nigerian sprint sensation broke into limelight five years ago at the 2014 World Junior Athletic Championship and recently made his debut as a pro-athlete at World Championship Diamond’s league with active preparations underway for his participation at the Olympic Games Tokyo 2020.

“Joining other athletes from across the world as part of Team Visa has been a dream come true for me. As a track and field athlete, having a strong support system is important and so it means so much to me to have a partner in my corner that provides me with the same opportunities as other athletes competing in Tokyo 2020. I am very proud and honoured to be representing Nigeria and Team Visa at the Olympics next year.”

“We are excited to welcome Divine Oduduru into TeamVisa for the highly anticipated Olympic Games Tokyo 2020 tournament said. His dedication, record of accomplishment and consistency in the track and field category over the years, has set him apart. At Visa, we embrace the culture of extending support to sportsmen and women to assist them in ways that can motivate them and enable them achieve their goals,” said Kemi Okusanya, Vice President, Visa West Africa.

See photos from the event: