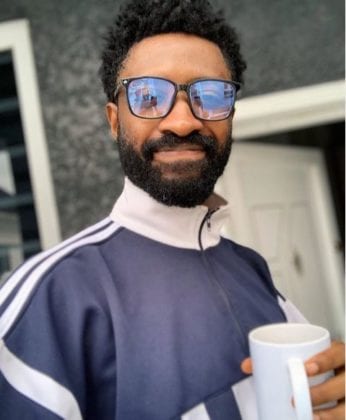 It’s been a while since we heard a heartbreak this fly as Chris Brown’s Deuces (with full-blown diss) but Ric Hassani is not letting his ex slide off like a bobsled athlete on an ice track.

In the since Thunder FIre You, Hassani did not leave out the friends of the heartbreaker, probably imaginary or real, as he summoned thunder to strike them down, adding another curse “E no go better for you”.

The lyric of the breakup song appeared too offensive and seemed to have breached the National Broadcasting Corporation, NBC code and it attracted the hammer.

The ban by NBC also had a ripple effect on radio stations, according to Hassani who just released his second studio album, The African Gentleman.

“So, the NBC has banned my song ‘Thunder Fire You’ and are fining radio stations that play it. Interesting. I’ve always been calm in the storm,” the singer tweeted.

Mixed reactions have however trailed the ban from his followers on Twitter with some of the feminine wing aligning with the NBC, deeming the lyrics offensive while some, majorly guys, asked the singer to direct the thunder to the NBC.

According to @DanielRegha the NBC did well to ban the song. “No disrespect Ric Hassani but what does the song promote? The lyrics were discouraging so I applaud what NBC did cos in as much as there’s freedom of speech, one should normalise promoting good morals in the society so others can emulate. NBC did well, learn & better urself.”

@Bobbyfeelzie added that “On this one NBC was right to have banned the song… The lyrics was vulgar n insulting.. Thunder fire you is an insult ..NBC have radio regulatory standards ..your song didn’t meet up to it in terms of the lyrical content very insulting n provocative.”

@_reina9 wondered the NBC banned the song and not others like Cash App. “…and yet they didn’t ban “Cash App”, “To ba doko maa lole”?? Interesting.”

Meanwhile, @CyynyWhite said, “Heard the song for the first time today and I had mixed emotion. In all bro, you need to unburden your heart, call/ chat the thunderee instead of calling her out like that. Cursing isn’t and shouldn’t be promoted.”

@directordiji said, “Sing another one. This time you know where to send the thunder!!” while @4eyedmonk said, “I would expect that you are experienced enough to know about radio edits.”

@EkeVanVictor  added, “to avoid these NBC ban of songs and sanctions on Stations, Nigerian artistes should also learn to release radio-edit versions of their songs. Western artistes do this and its easier for their broadcasters. Artiste managers should know better.”

“Do a remix. This time direct am to NBC. A verse like “For banning my song, NBC thunder fire you. For fining Radio stations Amadioha fire you NBC, E no go better for youuuuu. Sure they’ll feel threatened and lift the ban,” says @Remmzor_YBNL .

@forlahmi_  added, “Are too surprised ni. It’s sooo obvious it’s a curse song. You make good sound but this isn’t it. I had mixed reactions when I listened to the song on the radio for the first time, esp knowing it was you. Good beat/sound, not good lyrics.”