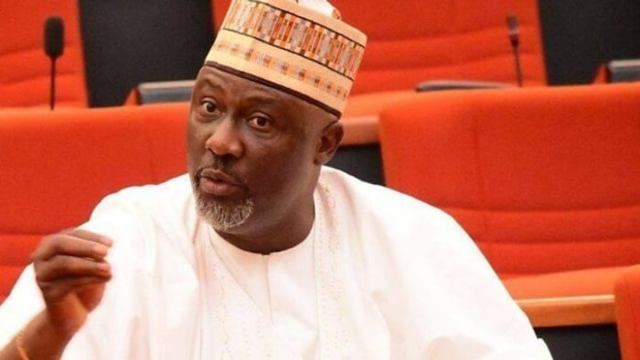 Senator Dino Melaye has on Saturday accused the governors of the Peoples Democratic Party (PDP) of greedy practices.

Melaye who represented the Kogi West Senatorial district in the 8th Assembly disclosed this on his official Twitter page.

Dino is a member of the People’s Democratic Party. In 2015 he defected to All Progressives Congress (APC) but returned to PDP in the buildup to 2019 elections after months of political struggle with Kogi State governor.

However, in his tweet, he warned that they will regret their acts of greed, advising that they draw inspiration form past PDP governors.

“PDP Governors practising Greediocracy: Govt of the greedy by the greedy and for the greedy will regret it. Draw inspiration from Dariye, Kalu, Shehu etc. Demons don’t repent. SDM”

PDP Governors practising Greediocracy: Govt of the greedy by the greedy and for the greedy will regret it. Draw inspiration from Dariye,Kalu,Shehu.etc. Demons dont repent. SDM

His comments come after the departure of Governor David Nweze Umahi of Ebonyi State to the opposition All Progressives Party.

Recall that Umahi dumped the party on Tuesday, citing injustice done to the South-East zone by the party for his action.

He said, “Let me clear the air and state that I never sort for the ticket of PDP Presidency and I will not. Whoever that said that I moved to APC because they refused to zone the ticket to me is being very mischievous. Because even if PDP promises me, an individual a presidential ticket, how does it work?

“It is expected that we’ll over 8000 delegates would elect the person and such promise can not happen without more than 10 or 20 people. People are being very mischievous but I tell you, there are a lot of prominent people from South East that can take the slot of PDP.