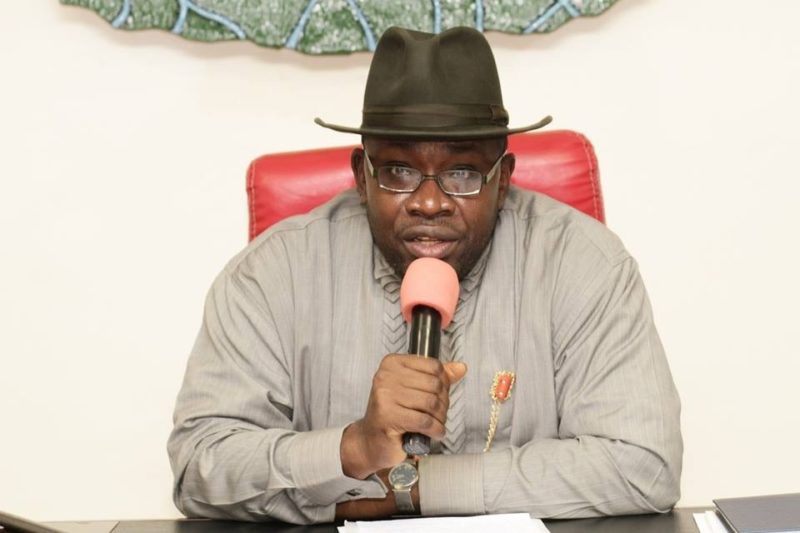 He said after voting that security agencies had aided the APC to move voting materials meant for Nembe and Southern Ijaw local government areas to unknown destinations.

“There is a well-organised election crime ongoing in our state; they have established unofficial collation centres in some places.

“There whole intention is to subvert the will of the people and jeopardise the efforts of well-meaning Bayelsa people to develop the state,’’ he said.

He, however, commended the people of Toru-Orua for their turn-our during the election, saying, “ your passion for positive change is commendable’’

But some community people who spoke to Newsmen expressed satisfaction at the level of calm and order in the conduct of the poll.

They said that the presence of security personnel in the community had reduced the tension among the voting public.

Chief Abite Alawei, a community leader said that he was confident that the process would be concluded without violence.

“We have not witnessed any breach of law and order in the community since the process began, our people have conducted themselves orderly.

“As you can see, voting is also ongoing, and the process is orderly, we pray it continues this way till the end,’’ he said.

Mr Amaye Soldier, a teacher, also said that he was satisfied with the conduct of the polling officials in the unit.

“We are watching the process, so far, we are comfortable with the conduct of the election officials, they have shown fairness and purpose,’’ he said.

Governor Dickson’s residence did not witness the usual beehive of activities that characterise a governor’s country home during elections.

Some local community people say the attention and loyalty of political followers had shifted to candidates of the major political parties contesting the election.