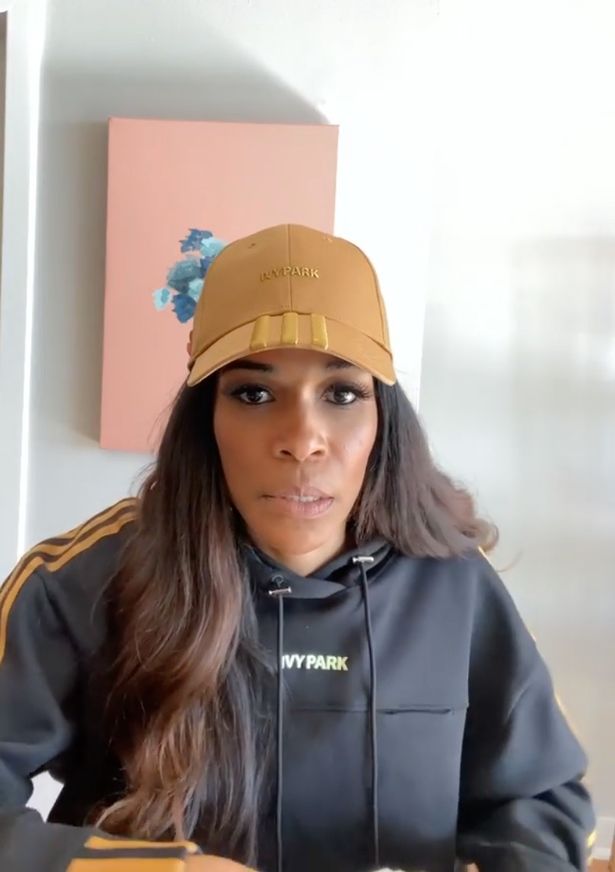 Destiny Child singer, Michelle Williams, gave a male Instagram follower strict schooling for telling her that she needs kids in her life.

The former R&B turned Gospel singer was attacked by a fan while promoting her new book on her verified Instagram handle.

The fan @Sthomaselectric55 kicked the hornet’s nest when he asked the 41-year-old actress thus: “Michelle I love you but you need some children…u r 2 bored…” wrote the man.

“You’re an idiot!!!!” the Say Yes replied the fan who was shocked by the response, saying – “woooooooow that was uncalled for thank you”.

His response drew a lengthier lashing from the musician who then revealed the possible reasons she might not of doesn’t have children.

She wrote: “What’s uncalled for is you telling a woman that she needs to have children.

“WATCH YOUR MOUTH and FINGERS….. Don’t you ever let that come out of your mouth or your fingers on a comment section again to ANYBODY.

“I would have ignored but too many people need tp stay out of a woman’s uterus!!! Now scram and be blessed!!!”

Touched by the reply, the fan succumbed and tendered an apology to Williams, he wrote: “My apologies Ms Williams. I will never forget that…” 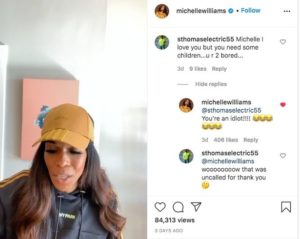 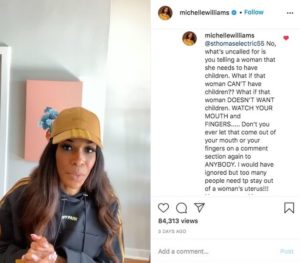 A peek into Williams’ relationship history revealed that she dated a pastor and professional sports chaplain Chad Johnson in July 2017.

Williams and Johnson announced their engagement via People on April 19, 2018. In September 2018, the couple revealed plans to film a television series, showcasing their relationship as they navigate the road from engagement to marriage. On November 3, 2018, the reality show Chad Loves Michelle began airing on the Oprah Winfrey Network.

However, in December 2018, Williams announced that she and Johnson had both called off their engagement.