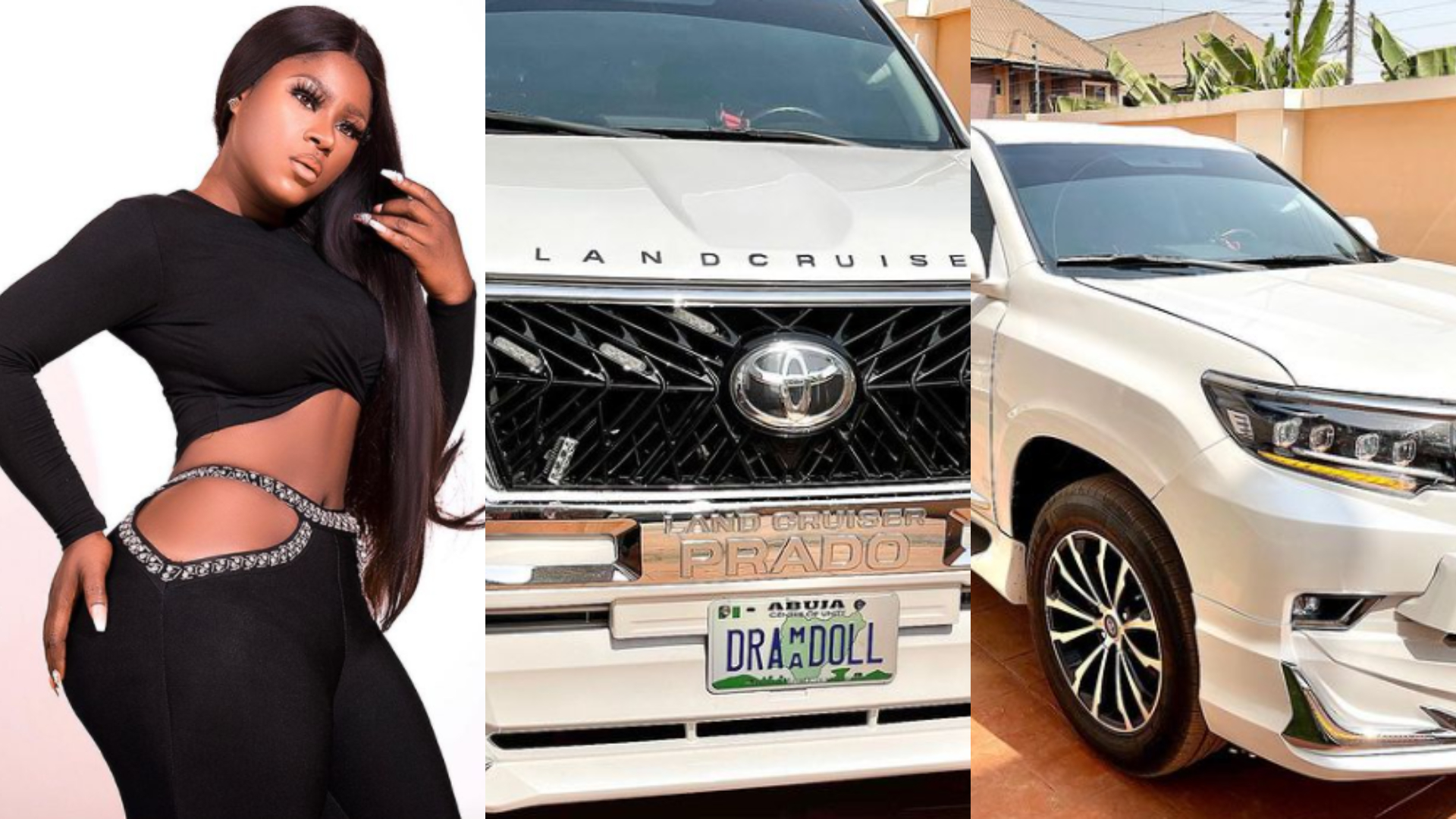 Nollywood actress, Destiny Etiko has added a new whip to her collection of cars.

The actress revealed this on Instagram that she is now a proud owner of a new Toyota Land Cruiser Prado.

“An extra baby added to my garage,” the actress wrote as she showed off her newest car.

Recall that the Nigerian actress who won the City People Movie Award for Most Promising Actress at the City People Entertainment Awards in 2016, has said that she was not bothered about marrying a rich man to compliment her celebrity status.

She, however, noted that she is not searching as she is currently in a relationship and comfortable in it.

VIDEO: Cardi B participates in #SilhouetteChallenge