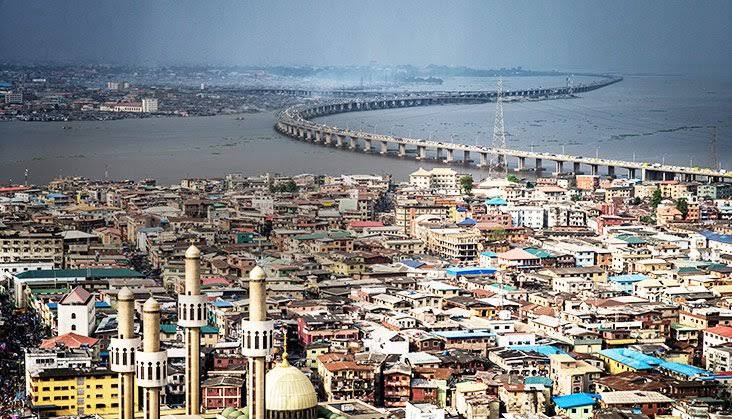 Lagos and Nairobi might be two different cities but they have distinct cultures, varying climatic conditions, and taste, amongst others. While Lagos is Nigeria’s commercial centre and could be regarded as one of Africa’s top business spots,  Nairobi prides itself as Kenyan and one of Africa’s most iconic wildlife and tourism.

But if you’ve visited both places you like Fred Opere, a Nairobi resident who frequents Lagos, you might absolutely have a different opinion about their respective lifestyle, dishes, etc.

Before reading,  you should kindly note that Opere is “not an economist nor an expert” and” this exercise is not to say which city/country is better but to compare in what areas each city/country can look to each other (or not) to improve itself.

“For example, I wish Kenyans would like at how Nigerians are proud of their country and culture and Nigerians can take an example of how a more diversified economy like Kenya’s would work for them.”

Having established the aforementioned facts, arise o compatriots of Nigeria and Kenya (with non-lethal comments) in defence of your political,  religious,  economical,  and social development, etc, as defined by Opere.

I live in Nairobi but I travel 3 – 4 times a year so I do believe that I have some credibility to answer this question. I will admit that visiting a city is not the same as living in one, however. I welcome comments especially from those who have experienced both cities. Lastly, although I do address some development factors, this is more of a compare and contrast of these two major African cities.

NB: The points of review arranged in no particular order.

Size: Lagos is 4 – 5 times the size of Nairobi in both population and physical size. This makes Lagos rifer with opportunities but also more competitive since you are competing with more people. It also makes Lagos more fast-paced than Nairobi.

Food: If you are a fan of spicy food and seafood then Lagos is the place to be. Nairobi food can be somewhat bland but this is a very subjective topic. I think there are more restaurants per capita in Nairobi since Kenyans eat out more than Nigerians.

Corruption: both Kenya and Nigeria are equally bad. They are ranked 143 rd and 148th by Transparency International’s 2017 Corruption Index. Nigeria has been improving though since it used to be in the bottom 5, so it’s trending upwards whereas Kenya is either plateauing or trending downwards.

Religious Conflicts and Dogmatism: Boko Haram vs. Al Shabaab. Boko Haram is the bigger threat since they are based within the borders of Nigeria whereas Al- Shabaab are mostly in Somalia. Also, their aims are quite different. Boko Haram wants to establish its own country and hive off a chunk of Nigeria, whereas Al Shabaab basically wants Kenyans to keep out of Somalia. It’s important to note that Boko Haram is much less of a threat (if at all) in Lagos than Al Shabaab is in Nairobi. Nairobi has been a victim of several Al Shabaab attacks while I’m not aware of any Boko Haram attacks in Lagos.

Weather: Nairobi’s climate is mild and dry due to high altitude even though it straddles the equator (average is 23° / 14°). Temperatures in Lagos is hot and oppressively humid (average 32° / 24°).

Fuel: Nigeria is one of the leading exporters of crude oil but has to import diesel/petrol since their refineries are barely working. For various reasons, there are frequent stockouts of diesel and petrol although to be fair it has improved a lot in the last 2 years. Nairobi has not had a major petrol/diesel stockout in 5 years.

Accommodation: In Nairobi, you pay first month, last month and one month deposit to move into a rental unit. In Lagos, you have to pay 1 – 2 years upfront.

Environment: Lagos is a concrete jungle without a shred of greenery. Nairobi is the Green City in Sun with a lot of greenery and even a forest (Karura Forest) within the city limits.

Nightclubs: Lagos has many more higher-end nightclubs than Nairobi and Nigerians dress up when they go out. Kenyans are very casual and frankly dress badly. It is common to find most people in a Nairobi club in jeans and sneakers whereas no self-respecting Nigerian would roll like that to a club. One major cultural difference is that in Nairobi, women go to nightclubs by themselves or with their buddies and will entertain themselves and buy themselves drinks. This is for both single AND married women. In Lagos, it much less common for women (especially married) to go out by themselves unless accompanied by boyfriend/husband/brother. Also, most Nigerian women (not all) will not pay for their own drink, nor will most Nigerian men allow it as they would see it as an affront to their manhood. Because of this attitude, Nigerian men are generally seen as more chivalrous than Kenyan men.

Strong Institutions: Kenya’s judiciary annulled a presidential election in 2017. Although I visit Lagos often I don’t live there so my view on this wouldn’t be an educated one.

Transparency in doing business: According to the World Bank’s 2019 Ease of Doing Business Index, Kenya is ranked 61st and Nigeria 146th.

Patriotism and nationalism: This answer is anecdotal but Nigerians are far more patriotic and proud of their culture than Kenyans are. They are proud of their food, dress, movies, etc. They export their culture much more readily than Kenyans do. It helps that the population is 5 times that of Kenya but I still think the Nigerian culture is more exportable because it is more identifiable. The knock-on Kenyans is that we just ape Western ways which I somewhat agree with.

Healthcare and welfare: This is a complex topic because healthcare is complex. You can compare public health vs. private health and frankly, I am not erudite enough on this topic.

Judiciary and independence: The Kenyan Supreme court annulled a presidential election in 2017. They are becoming more and more independent but perhaps not as fast as Kenyans would like them to be. I do not know much about the judiciary in Nigeria.

The US report on Lekki shooting is prejudicial, contradictory and misleading – Femi Falana