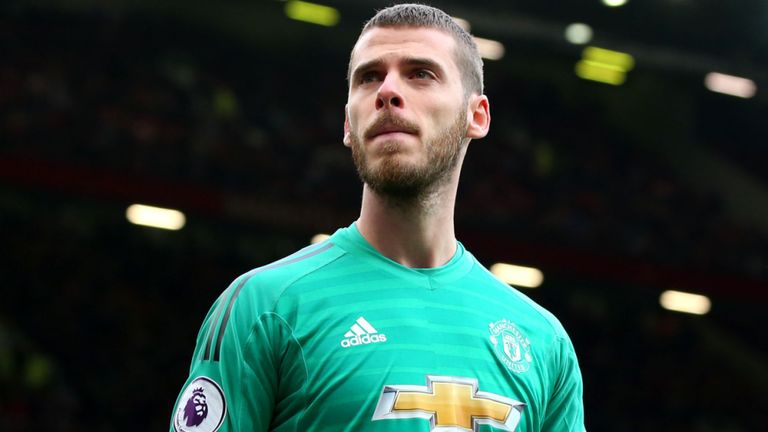 The Norwegian made the confirmation on Friday during a pre-match conference ahead of the Manchester Derby at the Etihad against the run-away league leaders.

The Spaniard shot-stopper was missing as the Reds were agonisingly held to a goalless draw against Crystal Palace during the week, leaving them four-point away from the Champions League spot and 14 behind the Citizens.

De Gea, according to a statement on the club’s website, had to travel back home to Spain for the delivery of his first child with his girlfriend, Edurne.

The former Atletico Madrid keeper shared the exciting news of the arrival of their baby their daughter Yanay on Twitter earlier today.

Speaking to reporters, Solskjaer said: “It’s a fantastic day for David, of course. When you become a dad it’s possibly the best feeling you can have.

“Those who are lucky enough to have had that feeling know exactly what David is going through now. We’ll give him the time he needs before he comes back.

“He asked to go home and in the old world it’s a day and you go and you’re ready again. With the pandemic and the quarantines, it’s a different world.

“Still, we felt when David wanted to be there to support his girlfriend that’s not even a decision to make. Dean [Henderson] came in and played well and he’s ready. I’ll give David the time he needs of course.”