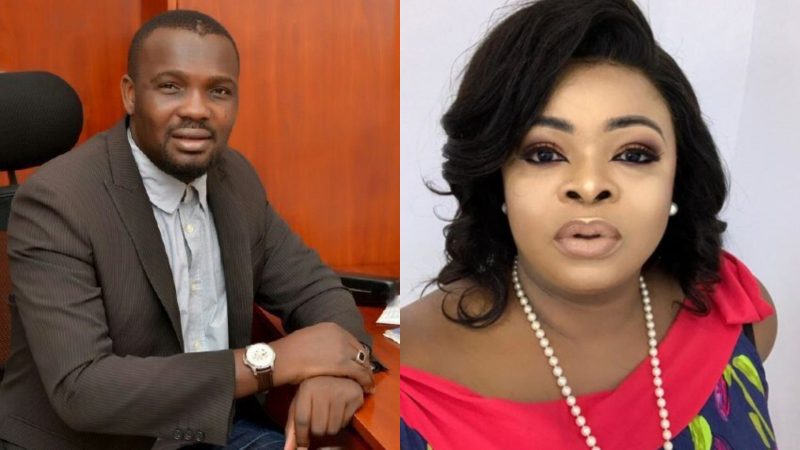 Filmmaker and singer, Dayo Amusa, has taken a swipe at her colleague, Yomi Fabiyi over his controversial movie titled, “Oko Iyabo”.

The movie is a reenactment of the child molestation case involving embattled Nollywood actor, Olanrewaju Omiyinka, aka Baba Ijesha.

The movie which caused a major stir on social media amongst viewers depicts the underage foster daughter of comedienne Princess as Baba Ijesha’s consenting lover.

Yomi Fabiyi who had taken sides with the embattled actor during the case, released the movie a few days after he was granted bail.

She further lashed at him for having the effrontery to promote the movie by sending her the link on WhatsApp.

She said, “In as much as I choose not to speak openly about the ongoings but there are issues one must not keep quiet on. Seeing a video of a movie by Yomi Fabiyi today has proved how much of a shame and insensitive he is.

“You even had the effrontery to share the movie link with me on WhatsApp.

“I don’t judge people as I believe we all see things and react to situations differently but Under no circumstances should someone’s pain and tribulation be turned into a thing of mockery.

“Yomi just proved how much he lacks empathy. To what extent if I may ask, TAMPAN, Censors Boards and the court of law shouldn’t shy away from this. Ilu ti o sofin ni ko si ese. Anje ekuru ko tan! I am disappointed. LETS BE GUIDED O. 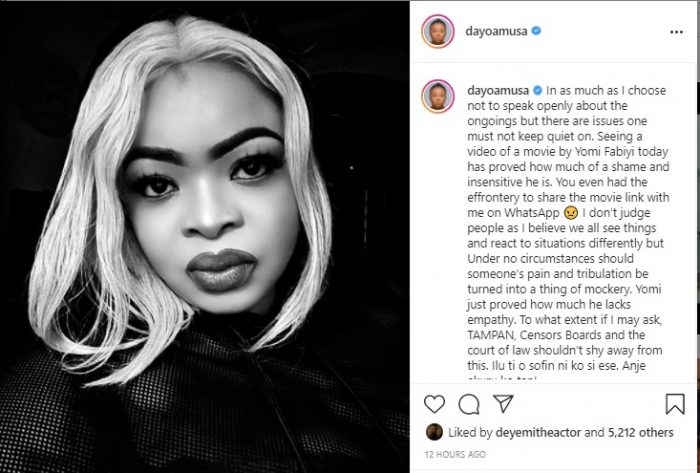 Why I stopped featuring in Yomi Fabiyi’s movies – Bimpe Oyebade