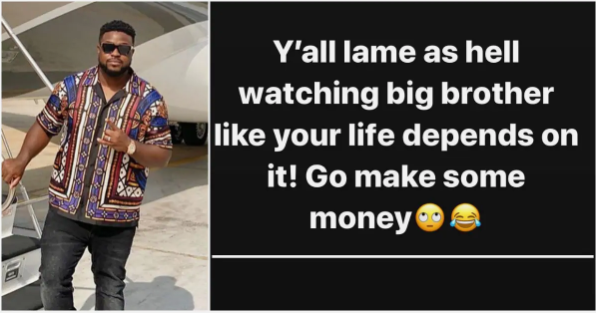 The top music executive recently took to his Instastory channel to call out youths who are watching the show as if their lives depend on it.

According to him, they should spend time making money instead of staying focused on the show.

The politician had initially called out youths watching the show in a post shared on his page.

Fani-Kayode made a reference to a 25-year-old young man in Mali who led the coup to reclaim the nation.

He, however, noted that people who are much older in Nigeria spend their time supporting housemates in Big Brother’s house.

Closure of Nigerians’ shops in Ghana, endorsement of Xenophobia-Abaribe