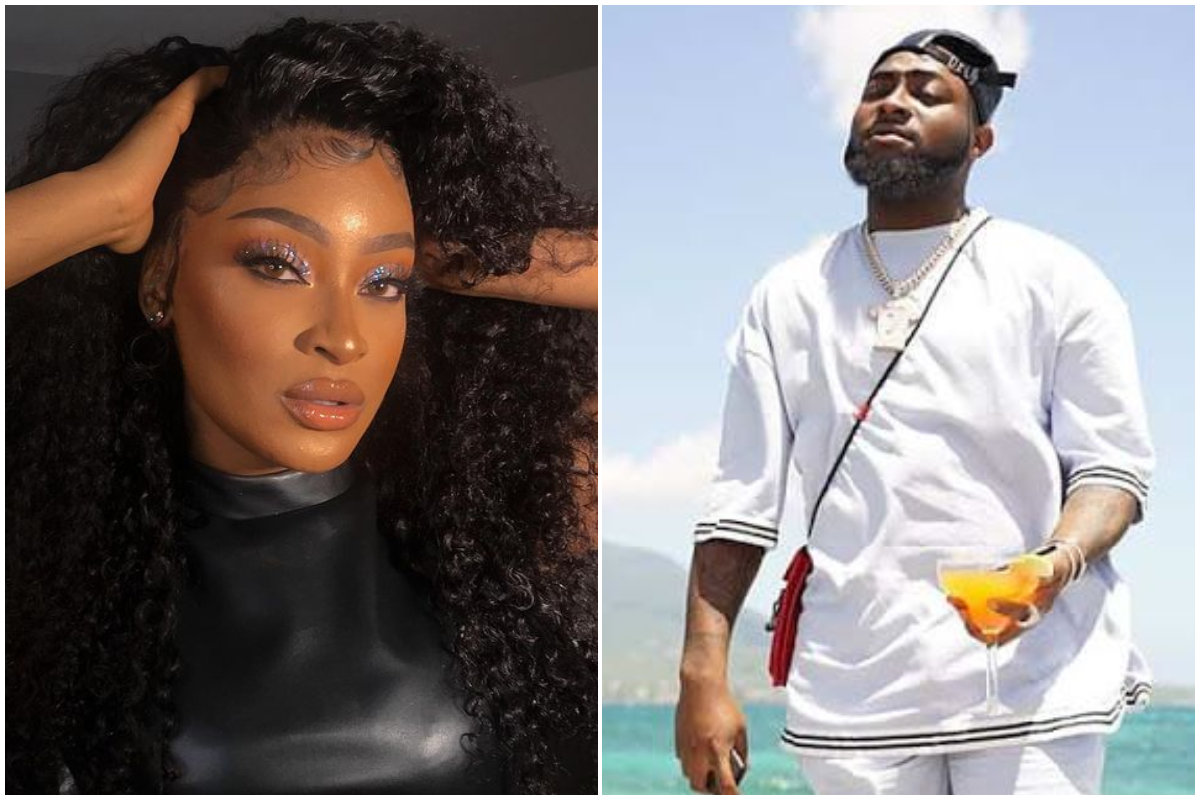 It would be recalled that a blogger alleged some days ago that Davido has a new baby mama whose name is Larissa London who recently had a child for him.

Wuzupnigeria reported that Davido has been under fire earlier today after he was spotted in a viral video with an American model.

Some online reports suggested the Nigerian singer is demanding a DNA test from Larrisa London to confirm the child’s paternity.

MORE READING!  VIDEO: You should be scared of me, Crossdresser James Brown threatens 'queen's mother' Bobrisky

Davido’s fourth baby mama, Larissa London has revealed the name of her son ‘Dawson’ which translates to ‘son of David’

The new mum shared a video of her son’s pregnancy journey from baby growth complications to delivering the baby in her room.

Larissa revealed the name of her son as Dawson via Instastory, She wrote;

“Dawson Noe is my miracle baby, I had him on Mother’s day last year, rainy stormy weather! I’m so grateful we made it life’s too short,” she wrote in response to a fan. 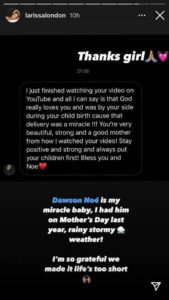