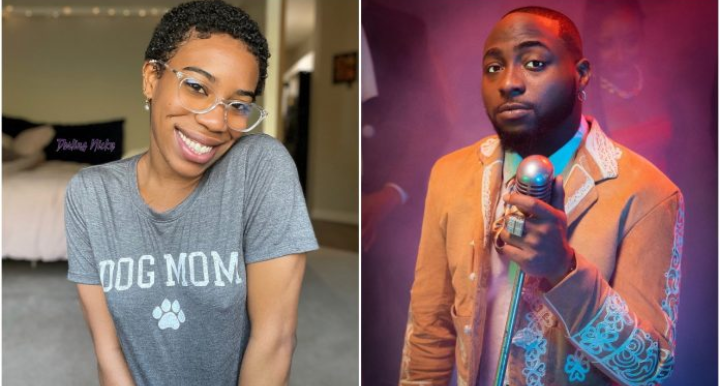 A commercial sex worker, known as @xDarlingNicky, has alleged that Nigerian afrobeats star, David Adeleke a.k.a Davido, is a customer.

In a series of tweets, @xDarlingNicky explained the circumstances she met Davido and how it ended.

According to Nicky, Davido contacted her saying he would like to see her but that his Cashapp was acting up.

She said she agreed to meet up with him after checking in with another sex worker Davido had used in the past who confirmed that he paid.

It apparently turned out that Davido did not fulfil his part of the bargain and failed to pay for services rendered.

“Davido contacted me for escort services and really tried not paying me “celebrities” man.. this is exactly how you get exposed.

“A friend who had worked with him referred me to him. Only after confirming with them that he paid, did I accept his invite.

“I spoke to his friend who was in the room when shit went down. He and Davido contacted me the next day asking if I had friends to come with next time. I reminded his friend I was never paid.

“I sent a heart just in case he didn’t see my message with my zelle in it. This was his & my response…

“& I ain’t tripping off the money I’m tripping off the respect. I’m totally cool with charging shit to the game, that’s game, sometimes that’s what SW’s have to go through, but to play you gotta pay. Someway somehow.”

One of her fellow sex workers advised her, “threaten him with a leak to the shade room, I bet he’ll have your money on time expeditiously.”

She responded, “Nah I don’t even care bout the money I’m honestly posting this for other SW’s to see and be wary of him”.

Twitter is currently aglow with all sorts of memes as Nigerians react to the revelations.

Davido and his fiancée, Chioma, seem to be going through some stormy weather at the moment following reports of his philandering openly with another woman.

Davido contacted me for escort services and really tried not paying me 😂 “celebrities” man.. this is exactly how you get exposed.