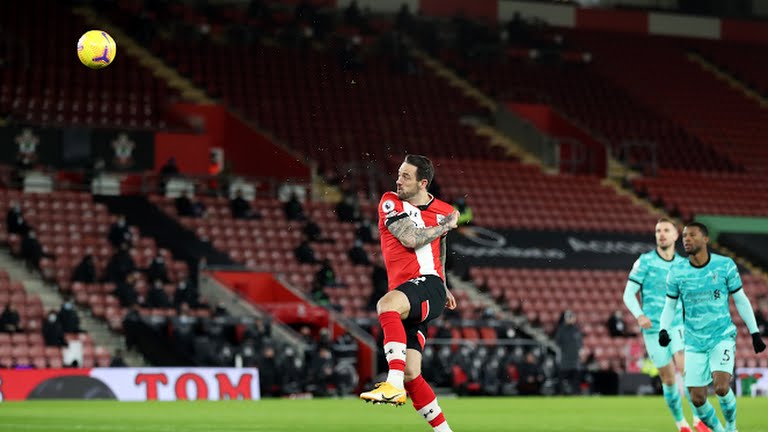 Southampton drew the first blood two minutes into the game as Ings caught the defending champions’ defence napping before chipping a clever finish above Alisson Becker.

Although the Reds amassed 63% of the possession in the first half, the same could not be said about them going forward as they failed to register a single shot on target.

The home side failed to extend their lead Tella missed up on a chance to make it 2-0 right before the end of the first half.

The away side would finally get their first shot on target in the 75th minute through former Southampton player, Sadio Mane, but it did little to threaten the Forster who easily caught the ball.

Frenchman, Yan Valery, almost made it 2-o late in the second half after catching Becker away from his post from a pullout but Jordan Henderson was quick to

Ings who joined Soton from Liverpool in 2019 after an initial loan spell a year before has now netted his 50th goal of the club to help secure their first league win against Liverpool since 2016.

Liverpool are now three games without a win for the first time since May 2018, having drawn their last two matches against West Brom and Newcastle respectively.

Jurgen Klopp’s men are still top of the league on goal difference, level on points against a resurging Manchester United who have a game at hand.