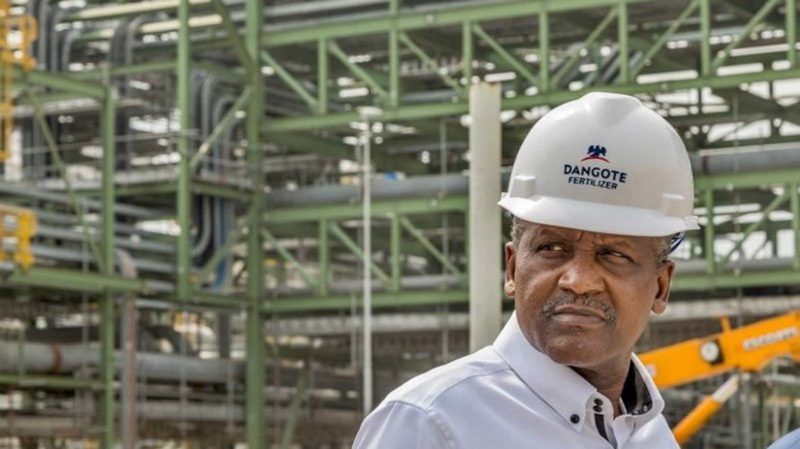 The Dangote Group says its two-billion-dollar granulated urea fertiliser plant located at Ibeju Lekki, Lagos will begin operation before the end of December.

“The project will be ready for take-off before the end of December.

“The pre-testing has already been done and the delay in starting operations was due to the COVID-19 pandemic.”

Mr Aliko Dangote, Chief Executive Officer, Dangote Group, had in February projected that the plant would begin operations in July.

Dangote had said that the project would be the largest fertiliser plant in the world with its three million tonnes per annum capacity.

He said it would make Nigeria the only urea exporting country in Sub-Saharan Africa, adding that the fertiliser and petrochemicals plants were capable of generating $2.5 billion annually.

According to him, the amount is almost 10 per cent of what Nigeria is getting from home remittances, which is one of the highest in the world.