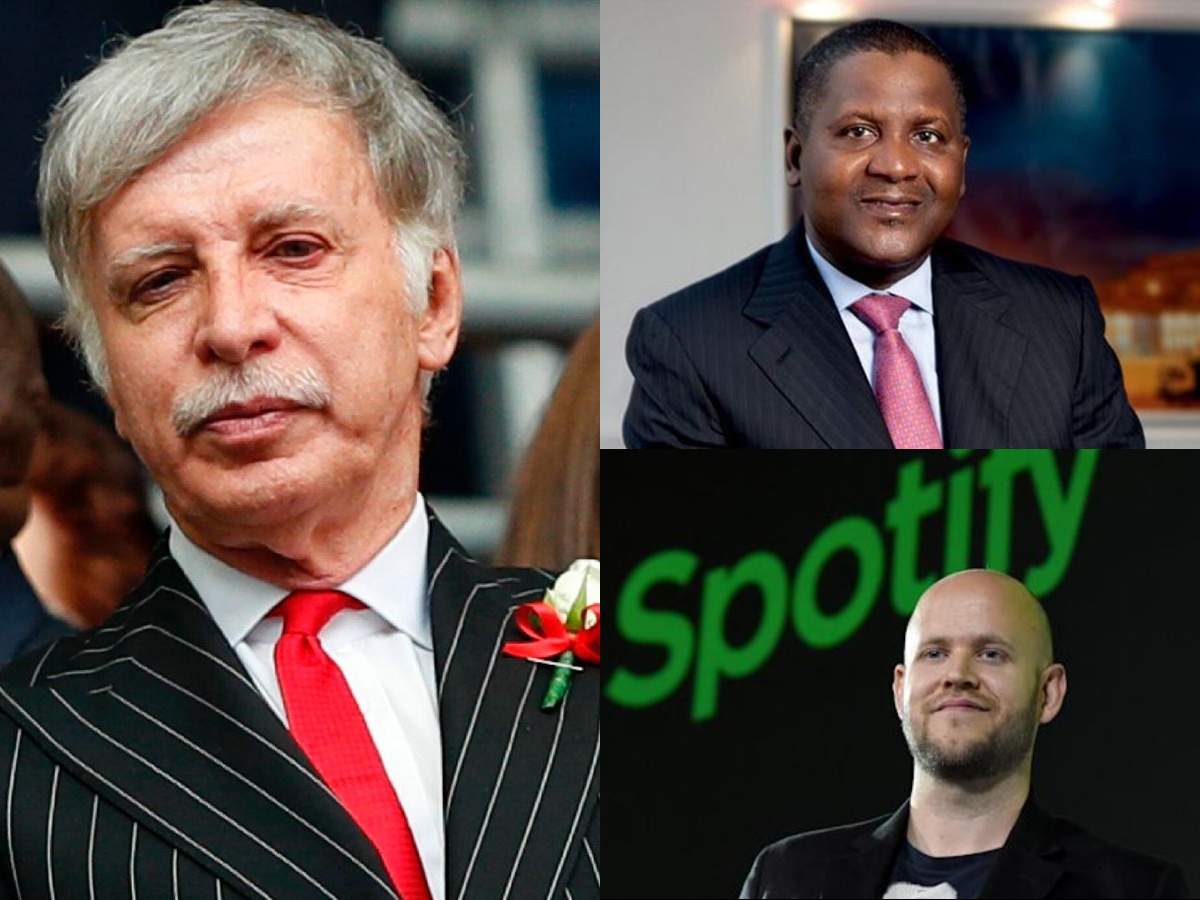 Arsenal football club’s owner, Stan Kroenke, has succumbed to fans’ pressure, by putting the club up for sale after series of denial, The Sun reports.

The decision comes after weeks of pressure and backlashes from the club’s fans, legends, and football stakeholders across the country over Kroenke’s involvement in the breakaway European Super League.

Nigerian billionaire, Aliko Dangote could possibly be the next owner should he indicate interest in the takeover as reports claimed that he could have bought the club for £1.7bn two years ago.

While the price remains around the valuation, pole runner and die-hard fan, Spotify CEO Daniel Ek may as well be the next owner of Arsenal having received the backing of the club’s ‘Invincible’ legends; Thierry Henry, Dennis Bergkamp and Patrick Viera.

“I want to establish trust with fans and I want to engage the fans again,” Ek told business channel CNBC last month.

“I’m very serious (about the offer to buy Arsenal). I have secured the funds for it and I want to bring what I think is a very compelling offer to the owners and I hope they hear me out.

“I certainly didn’t expect that this would happen overnight and I’m prepared that this could be a long journey. All I can do is prepare what I think is a very thoughtful offer and bring it to them and hope they hear me out.”