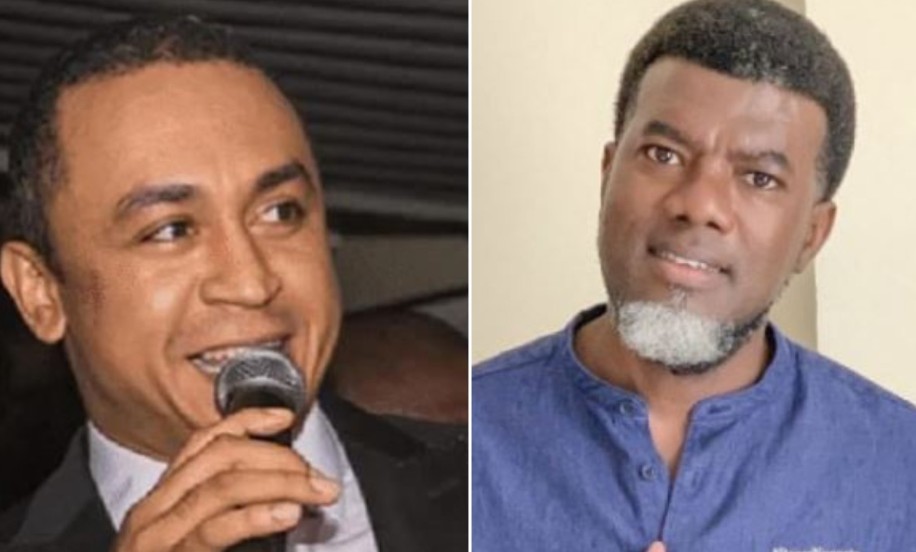 OAP Daddy Freeze has agreed with Reno Omokri who said that bride price is only allowed to be accepted when a bride is still a virgin.

Reno Omokri had taken to social media with his claim which he says is founded in the Bible.

“What I am going to say will shock people. Scripturally, Bride Price is ONLY paid for virgins. Don’t argue with me. Argue with God. See Exodus 22:16-17. By virtue of Scripture (and also in traditional African society), you pay no Bride Price for non virgins.”

Reacting to Reno Omokri’s post, Daddy Freeze said that the Bible approves the stoning of any bride who is discovered to have lied about her virginity.

“@renoomokri is right o! And what’s worse, if a woman is given as a virgin and she is found out not to be, she MUST be stoned to death in front of her father’s house for being promiscuous in her father’s house.

If this should be implemented, 85% of our women won’t qualify for bride price.

And for those saying this is the Old Testament, can they please show us any instance in the New Testament where the bride price of a non virgin was paid.

[13] “Suppose a man marries a woman, but after sleeping with her, he turns against her [14] and publicly accuses her of shameful conduct, saying, ‘When I married this woman, I discovered she was not a virgin.’ [15] Then the woman’s father and mother must bring the proof of her virginity to the elders as they hold court at the town gate. [16] Her father must say to them, ‘I gave my daughter to this man to be his wife, and now he has turned against her. [17] He has accused her of shameful conduct, saying, “I discovered that your daughter was not a virgin.” But here is the proof of my daughter’s virginity.’ Then they must spread her bed sheet before the elders. [18] The elders must then take the man and punish him. [19] They must also fine him 100 pieces of silver, which he must pay to the woman’s father because he publicly accused a virgin of Israel of shameful conduct. The woman will then remain the man’s wife, and he may never divorce her.

[20] “But suppose the man’s accusations are true, and he can show that she was not a virgin. [21] The woman must be taken to the door of her father’s home, and there the men of the town must stone her to death, for she has committed a disgraceful crime in Israel by being promiscuous while living in her parents’ home. In this way, you will purge this evil from among you.”

It is very difficult to slay as single mother, actress Bakare Yetunde

Why we gave appointment to Nengi, Trikytee – Bayelsa govt