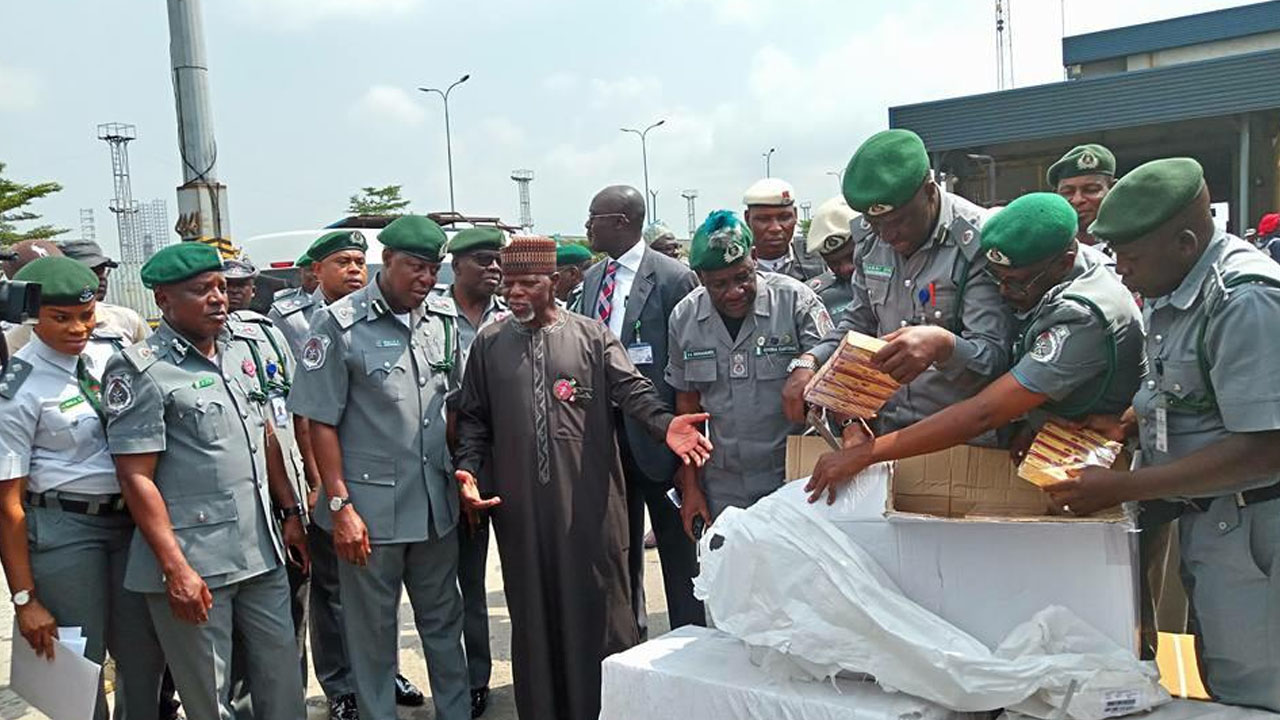 This is contained in a statement issued on Monday in Seme, Badagry, Lagos State, by the spokesman of the command, Hussain Abdullahi.

Abdullahi quoted the Customs Area Controller, Comptroller Bello Jibo, as saying the command’s reinvigorated fight against struggling had led to the performance.

Jibo, giving a breakdown of the seizure, said 7,667 bags of 50kg foreign rice, 1,080,875 liters of petrol, three bags of 50kg sugar and 127 units of smuggled vehicles were intercepted within the period under review.

“Others are 1,514 cartons of frozen poultry products, 646 packets of hard drugs, 166 parcels of cannabis Sativa and 31, 868 general merchandise goods,” he said.

Jibo said that 15 suspects were arrested in connection with different forms of crimes during the period under review.

He said that some of them were released on administrative bail while others are at various stages of trial in court.

The controller said the landmark achievements could be attributed to the deliberate policies adopted by the command, ably supported by the management of the service under the leadership of Col. Hameed Ali retired.

He appreciated the cooperation of sister security agencies and unwavering synergy with the host communities.

He said that following pronouncement of the Federal Government on partial border closure in 2020, the command’s major revenue sources were not active.

Jibo said the only alternative revenue source was fees collected from the auction of seized petrol and other perishable items.

“With the recent pronouncement by the Federal Government on reopening of borders, the command is committed to implementing every directive of government on the new operational guidelines.

“We will ensure the revenue base of the command is projected and trade is facilitated,” he said.

Jibo commended the host border communities and sister security agencies for their support, patriotism and cooperation.

He further called on all stakeholders to always put the interest of the nation above personal benefits.

The controller promised that the command would continue to encourage compliant traders while sustaining a higher tempo in the fight against smugglers and other acts of criminalities.