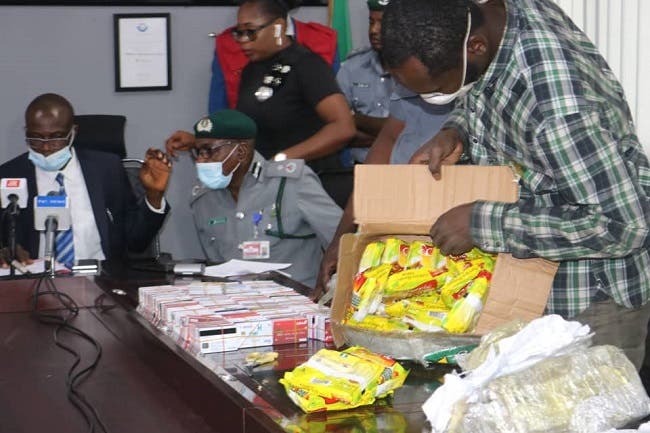 According to him, the suspect, one lshaq Abubakar with Passport Number A08333717 from Kano State, was intercepted when he was travelling to Dubai via Emirates flight.

“At about 1145 hours on Aug. 22, at the departure hall gate ’B’ of the MMIA. Abubakar with Passport Number A08333717 from Kano State, travelling to Dubai via Emirates flight was intercepted with 2,886 ATM Cards of various banks and 4 sim cards by our officers on duty.

“The ATM cards and sim cards were carefully concealed in a noodles carton by the suspect.

“The suspect claimed that one Mr Musiliu was assigned to him to facilitate his movement through the checks at the airport by one Mr Suleiman but due to the diligence of our Officers who insisted on conducting physical examination, revealed the concealment,” he said.

He added that the suspect and the items would be handed over to the EFCC for further investigation as directed by the Comptroller General of Customs.

Bako pointed out that the suspect claimed that he was due for evacuation and had bought an evacuation flight ticket for his use.

The Customs Legal Adviser, Mr Smart Akande, noted that handing over the suspect to EFCC showcased agency collaboration as customs does not have the jurisdiction to prosecute but to arrest.

“What we have here is the case file, ATM cards and the noodles used in concealing the ATM cards and we are handing them over to EFCC for further investigation and prosecution,” he said.