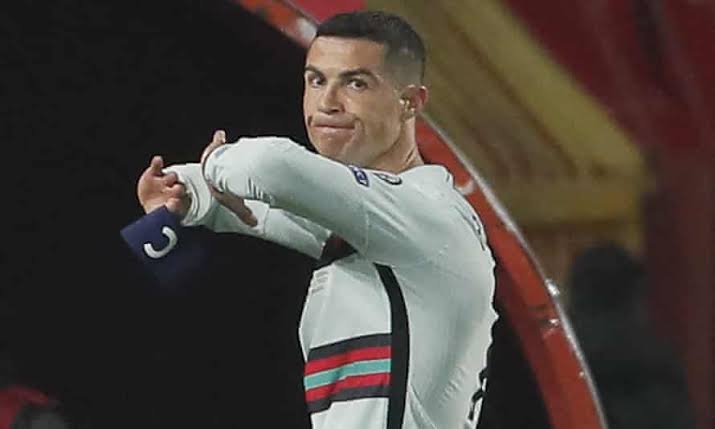 From a referee’s mistake to auctioneers prized asset, Cristiano Ronaldo’s castaway armband has raised 64,000 euros.
The Juventus striker abandoned Portugal’s World Cup Qualifiers match against Serbia after having his late winner disallowed by the referee.

Fumed with the ref’s decision, Ronaldo who got a yellowed card in the match in Belgrade threw his captain’s armband to the floor as he abandoned the game before the final whistle.

Picked up by a local firefighter, Djordje Vukicevic, in the Serbian stadium, the armband has been auctioned and has raised money which will be used to fund the treatment of a six-month old Serbian boy who suffers from spinal muscular atrophy.

“The humanitarian auction for Cristiano Ronaldo’s armband has just ended at the brilliant figure of 7.5 million dinars,” Jovan Simic, the founder of the ‘Together for Life’ charity, explained on Twitter.

Paradventure a VAR technology was used in the match, Portugal would have won the match by 3-2. (Marca)