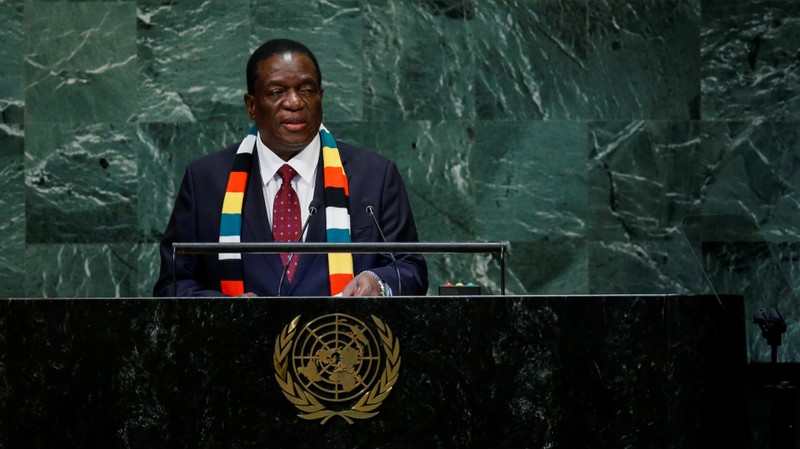 In a statement, Mnangagwa said Makonde, Hurungwe and Kariba districts in Mashonaland West Province would be isolated and a 6:00 p.m. to 6:00 a.m. curfew imposed.

According to him, access to and from the areas will be banned, except for essential services.

He said two senior government officials had died in Karoi, in Hurungwe District earlier and there was the need to contain the pandemic from spreading.

“COVID-19 cases continue to increase in the above-mentioned districts. Monday, June 14, Mashonaland Wes had 38 new cases, on Tuesday the figure went up to 115 and on Wednesday there were 105 new cases.’’

According to the president, Karoi has 10 tobacco auction floors and this has resulted in the town drawing growers from as far as Gokwe, of Midlands Province, and Chegutu, of Mashonaland West, and other people from Harare, the capital.

Mnangagwa said the town was a business hub and had the potential to spread the disease to other parts of the country.

He also ordered that all auction floors should open between 8:00 a.m. and 3:00 p.m. and that each employee should have a negative PCR or rapid antigen COVID-19 test not older than 10 days.

The Grain Marketing Board depots, which collect grains from farmers, would also operate between 8:00 a.m. and 3:00 p.m.

“We lost two senior government employees today in Karoi. In Chinhoyi tests on 15 people found all 15 COVID-19 positive cases. There is a serious outbreak in Zambia and this exposes Kariba to COVID-19 from across the border,” Mnangagwa said.

He ordered that commuter transport vehicles should carry half their capacity in order to promote social distancing and trucks would only stop and park in designated places for enforcement purposes.

Only 25 per cent of office employees would be allowed at their stations, except for those in essential services.

Mnangagwa said the Ministry of Health and Child Care and security forces would ensure that the measures were adhered to, including observing other protocols such as wearing of face masks, social distancing and hand sanitising.

A localised lockdown was imposed in Kwekwe after the Delta variant, which was first reported in India was detected in the district.

On Thursday, Zimbabwe reported 371 new cases from tests conducted during the previous 24 hours.