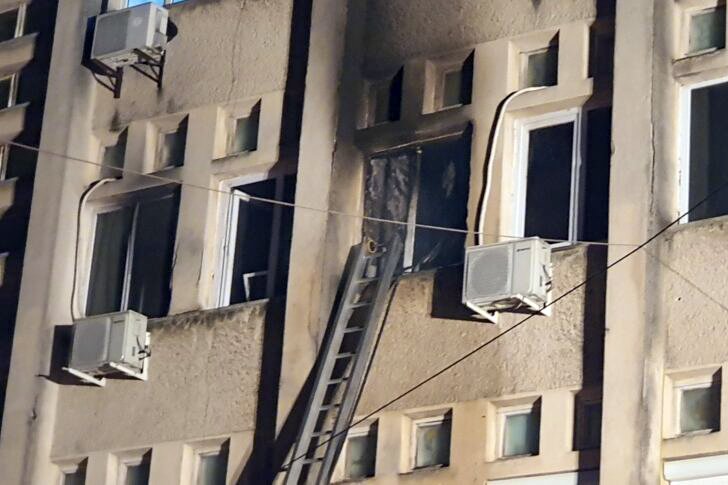 Ten Covid-19 patients were killed when fire broke out in an intensive care unit in northeast Romania on Saturday, a hospital spokesperson said.

The fire occurred in the early evening in the intensive care of the hospital in the town of Piatra Neamt. It was under control an hour later.

“Ten people have been declared dead and seven people are in critical condition,” including a doctor, sad hospital Irina Popa.

Those killed were all intubated and in intensive care.

The doctor on duty, who tried to help the victims, suffered second and third degree burns to 80 percent of his body, the rescue service said.

The local prefect set up a crisis cell and Health Minister Nelu Tataru was expected to visit the scene.

Largely spared during when the first wave of the coronavirus hit Europe, Romania has in recent weekly seen mounting numbers of cases and hospitalisations.

On Saturday it reported 129 new virus fatalities, bringing  total deaths to 8,813 since the start of the pandemic.

The country of 19 million residents is one of the poorest in the European Union, and ill-equipped to deal with a spike in hospital cases.

Its dilapidated health system suffers from a severe shortage of doctors, especially in small towns.

Related Topics:Fire outbreak at Romania's COVID-19 ICU
Up Next