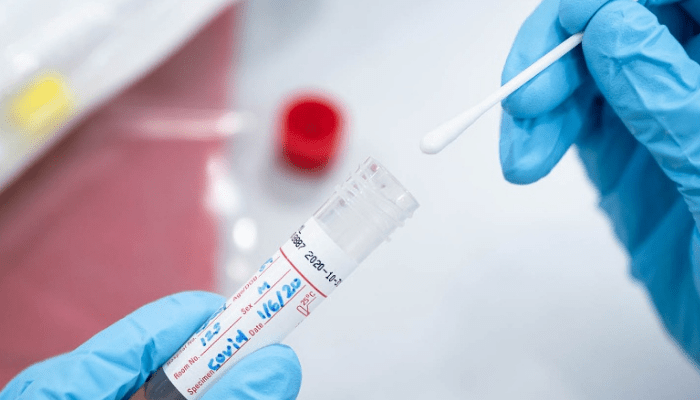 The Nigeria Centre for Disease Control has drawn attention to the resurgence in cases of COVID-19 in Enugu State where 22 persons tested positive for the virus on Friday.

This is just as the agency announced 49 new COVID-19 infections, bringing the total number of cases in the country to 165,661.

The development was disclosed on NCDC official Twitter handle on Friday.

Last year, nearly one million Nigerians in Enugu received direct messages on COVID-19 prevention and breastfeeding via their smartphones.

The move was in the wake of the COVID-19 pandemic and misinformation circulating around about the danger of allowing mothers who tested positive to breastfeed their babies.

This is perhaps why the NCDC has expressed concerns following a surge in the case of fresh infections in the State.

Meanwhile the NCDC has announced that the total number of deaths remained at 2,066, as the death toll continued to decline with only five recorded in the last 29 days.

It further stated that 12 people were discharged on Friday after testing negative to the virus, bringing the total number of discharged cases after treatment to 156,399.

In its assessment, it however revealed that over 7,000 cases were still active in the country, adding that the country had tested 1,977,479 since the beginning of the pandemic on Feb. 27, 2020.

“Maintaining a distance of two meters from other people will help to limit the spread of COVID-19.

“Adhere to all non-pharmaceutical measures on COVID-19 prevention.

#takeresponsibility and stay safe,” it advised.

NAN reported that Nigeria has received about four million doses out of 16 million of the AstraZeneca vaccine expected from COVAX.

COVAX is the vaccine-sharing initiative that provides free and discounted doses for lower-income countries.

According to the National Primary Health Care Development Agency (NPHCDA), the remaining doses are being expected soon based on available information.

Additionally, the agency said Nigeria was expecting about 40 million doses of COVID-19 vaccine from the African Union (AU).

It however did not give specific dates the vaccines were being expected from COVAX and AU.

It explained that with 1,767,488 Nigerians vaccinated as at May 14, the percentage targeted with the first jab was 87.8 per cent.