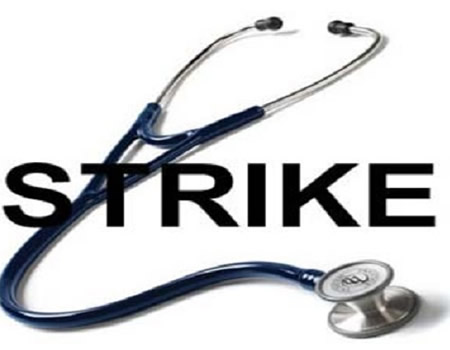 Health workers, under the auspices of the Joint Health Sector Unions (JOHESU) and Assembly of Health Professionals, have threatened to shut down the health sector and withdraw their services at all COVID-19 isolation centres and medical facilities across the country.

JOHESU, who decried the discrimination being perpetrated by the Federal Ministry of Health within the health sector; also condemned the disparity in the payment of hazard allowances for frontline health workers; especially her members.

However, JOHESU leadership will hold a crucial meeting with the Federal Government on Wednesday, led by the Minister of Labour and Employment, Senator Chris Ngige, with the Minister of Health, Dr Osagie Ehanire in attendant.

National Chairman of JOHESU and President of Medical and Health Workers Union of Nigeria (MHWUN), Comrade Josiah Biobelemoye, who was speaking when the leadership of National Association on Nigerian Students (NANS), paid them a thank you visit for their roles in fighting the dreaded COVID-19 on Tuesday, said their members would be mobilized for a strike if the meeting failed to resolve the issues in contention.

In the event that there is a breakdown after the meeting, Comrade Biobelemoye said the Union would give a short notice required by law and mobilize for industrial action.

The JOHESU chairman said: “Actually, we are very procedural, we don’t pray for it to fail, the issue is a simple issue, and for anybody that loves Nigeria may not want it to fail.

“But where the unthinkable happens, as procedural people, we will give a very short notice within the ambits of the law, then we will mobilize our people to prepare for a very pointed industrial action.

The workers are protesting what they described as an injustice by the Ministry of Health, whom they claimed regarded non-clinical staffs in the health sector as less important by paying them 10 per cent while the clinical staffs 50 per cent of their salaries as COVID-19 hazards allowance.

According to him, this was clearly against what was contained in the agreement and the Memorandum of Understanding (MoU) signed by the Federal Government on the issue of Hazard Allowance for health workers in the forefront of COVID-19 pandemic.

He explained further: “For the avoidance of doubt, what was agreed as captured in the Memorandum of Understanding was that the Federal Government agrees to shelve the payment of the existing hazard allowance of N5,000 being paid across board to health workers.

“In its place, a special COVID-19 hazard and inducement allowance of 50% of the consolidated basic salary is to be paid to all health workers in all Federal Government Teaching Hospitals and Federal Medical Centres and designated Covid-19 centres across the country to last for the first three months in the first instance.

“The Minister of Labour and Employment, Chris Ngige even emphasized that all health workers would benefit and used cleaners, ward-maids, porters, laundry, morticians/mortuary attendants and drivers as an example of the beneficiaries”.

He added, “we are very mindful of the consequences of shutting down the health system at this critical period, but we are being forced to toll this path because we entered an agreement to replace whoever is earning N5,000 as hazard allowance with 50 per cent of the basic salary, the payment is now generating huge uproar within the health system.

“Today some machinations have been taking place to redefine who a health worker is, some said other workers should be paid 10per cent, for instance, the laundry people who collect materials or waste products from isolation centres, these people are sometimes infected in the course of carrying out their job, for somebody to now say they are not the real health workers beats my imagination, some are biological engineers who decontaminate the isolation centres, all these discriminations, segregation is now breeding crisis in the sector.”

Also, the leader of NANS delegation, Comrade Dominic Philip, who commended JOHESU members for their efforts, said the students would not hesitate to mobilize millions of their members to protest the ill-treatment of other health workers by the Ministry of Health.

Comrade Philip, who is the vice president of the students association said: “We are fully aware of the fact that your union has been agitating across board payment of hazard allowances, we are aware of what is playing on in the health sector from whatever angle it is coming from, we as an organisation are saying no to that particular agreement or whatever decision that was taken at whatever level.

“If you desire us to match our armless battalion to the street to tell the FG that anything less than 50 per cent of the minimum wage as the hazard allowance is also no to the Nigerian student.