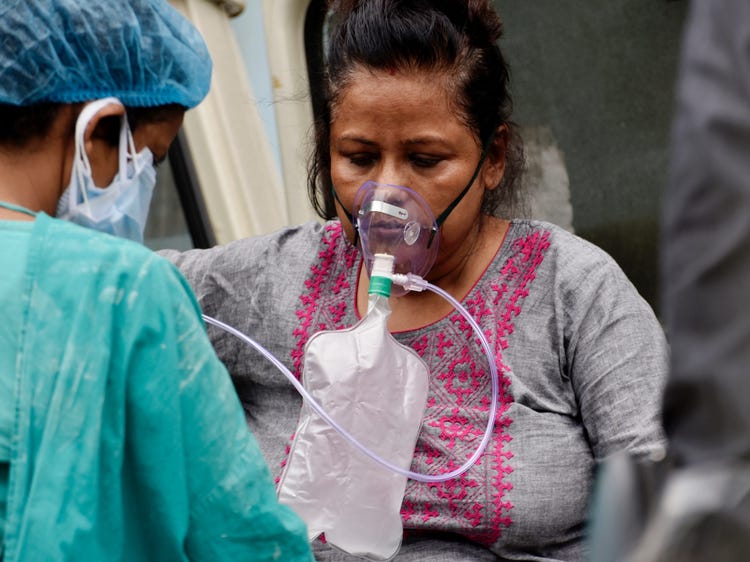 India became the second country after the United States to report more than 25 million cases of COVID-19.

This is just as the South Asian country announced on Tuesday that it had registered 263,533 new infections in the past 24 hours.

The virus claimed 4,329 lives, making this the deadliest day in the country since the pandemic began.

Indian Health Ministry has disclosed that about 278,719 people have so far died of COVID-19 in India.

The number of new Coronavirus cases has continued to fall since last week after it reached a peak of 414,188 cases on May 7.

However, the actual infection figures and the death toll may be several times higher as testing rates are low and many people may be dying at home, experts have said, warning India not to let its guard down.

Case numbers are rising rapidly in rural regions where health facilities are ill-equipped and COVID-19 tests are unavailable.

A court in northern Uttar Pradesh, India’s most populous state, criticized the authorities about the medical infrastructure in rural areas, saying it seemed as if the entire health system was at “God’s mercy,” broadcaster NDTV reported.

In a bid to boost the country’s floundering inoculation drive, Health Minister Harsh Vardhan said India will increase vaccine supplies and expects to have 510 million vaccine doses by July.

Although India is the global hub for vaccine manufacturing, only three percent of the population of 1.3 billion are fully vaccinated, according to reports.