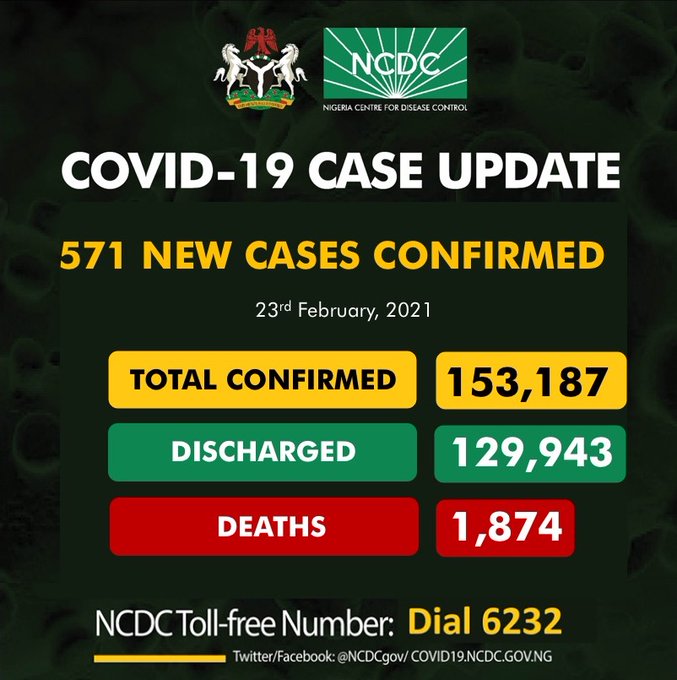 The Nigeria Center for Disease Control (NCDC) has confirmed the death of at least 12 patients as a result of COVID-19 related complications.

This takes the death toll in the country to a total of 1,874 since the deadly virus broke out in the Hubei province of Wuhan, China in December 2019.

Since Nigeria reported her index case that was imported from Italy, on February 27, the health ministry has reported 153,187 infections nationwide.

Our discharges today include 214 community recoveries in Lagos State, 61 in FCT and 11 in Benue State managed in line with guidelines.

A breakdown of cases by state can be found via https://t.co/zQrpNeOfet pic.twitter.com/E4Q8ONKgOa