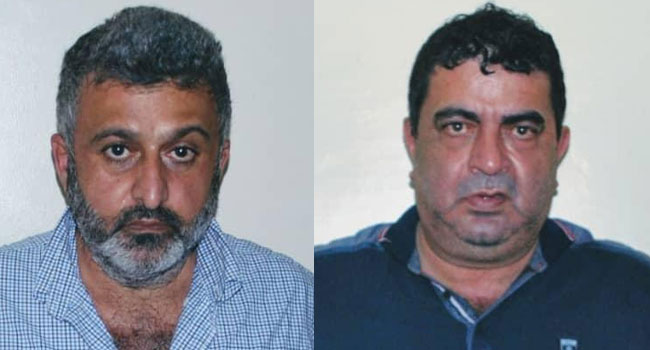 A Federal High Court sitting in Port Harcourt sentenced two Lebanese to two years in prison each over $890,000 found in their possession.

The duo, Chamseddine Waell Mohammed and Dina Jihad Khali, were said to have attempted to smuggle the foreign currency out of the country before they were arrested by the Nigerian Customs Service and handed over to the Economic and Financial Crimes Commission (EFCC).

In a statement issued on Thursday by EFCC Head, Media and Publicity, Dele Oyewale, the anti-graft agency secured their conviction before Justice I. M. Sani of the Federal High Court in Port Harcourt.

According to the statement, the Lebanese pleaded guilty to separate one count charge of money laundering preferred against them by the agency.

The offences run contrary to Section 2 (3) of the Money Laundering (Prohibition) Act 2011 (as amended) and punishable under Section 2 (5) of the same Act.

At the court hearing, EFCC prosecuting Counsel, Aso Larrys Peters tendered some documents, which included a letter of invitation by Customs and statements of the defendants, as exhibits.

Similarly, a police officer and EFCC witness, Macaulay Olayinka, while being led in evidence by prosecution counsel, said the money recovered from the suspects had been deposited with the Rivers branch of the Central Bank of Nigeria for safe keeping.

“The said amount was found inside their Luggage on board a chartered flight with registration number 9HVFF to Lebanon.

“They were apprehended by the Nigeria Custom Service, Area One Command, Port Harcourt and handed over to the Port Harcourt Zonal office of the EFCC on August 12, 2020 for further investigation.

Thereafter, Peter urged the Court to sentence the defendants.

However, Counsel to the defendants, Paul Ejiga begged the court to temper justice with mercy as the defendants were first time offenders who have no previous criminal record.

Subsequently, Justice Sani sentenced the defendants to two years imprisonment with an option of fine of N1million each.

The judge also ordered the “undeclared amount” to be forfeited to the Federal Government of Nigeria.