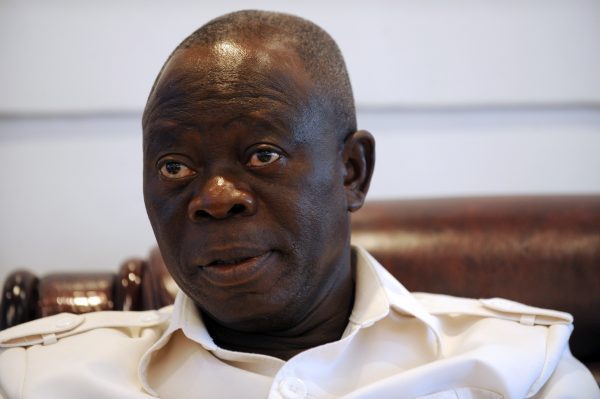 The Federal High Court, Abuja on Wednesday refused to hear a suit filed by a Youth Leader, Kalu Kalu challenging the sack of the Adams Oshiomhole led National Working Committee (NWC) of the All Progressives Congress (APC) during vacation.

Delivering ruling in the matter, Justice Taiwo Taiwo, held that contrary to the argument of the plaintiff, the matter was not a pre-election matter and to that effect, was not time-bound.

“This matter is not a pre-election matter according to Section 285 (14) of the Electoral Act 2010(as amended), it is not time-bound. Therefore, it does not qualify as a vacation matter which the court should waste its time on,” the judge said.

Justice Taiwo added that the plaintiff had failed to show the court how he would be denied fair hearing if the matter was not taken during the court’s vacation.

According to the judge, this application is refused and same dismissed.

He, however, said that since the substantive matter had yet to be heard, the court would bear the cost.

Earlier, counsel to the second and third defendants, M.I. Balogun and Peace Nwosu had asked for a cost of N50,000 each.

The substantive matter was adjourned until Oct. 19 for hearing.

In the substantive matter, Kalu, a Youth Leader of the APC in Abia is challenging the powers of the National Executive Council (NEC) to sack the Oshiomhole-led NWC barely two years out of their constitutionally guaranteed four -year tenure.

The plaintiff asked for an order of court setting aside the dissolution of the NWC by APC’s NEC meeting held at the Presidential Villa in June.

He is also praying the court for an order restraining the National Caretaker Committee members led by Gov. Mai-Mala Buni from parading themselves as national officers of the APC.

He also wants the court to restrain them from usurping the functions of the party’s NWC.

Meanwhile, the APC had told the court that the Oshiomhole -led NWC was sacked to pave way for an end to the internal leadership crises.

The APC also told the court that immediately the caretaker/extraordinary convention planning committee was put in place after the NWC’s dissolution, the crises stopped.