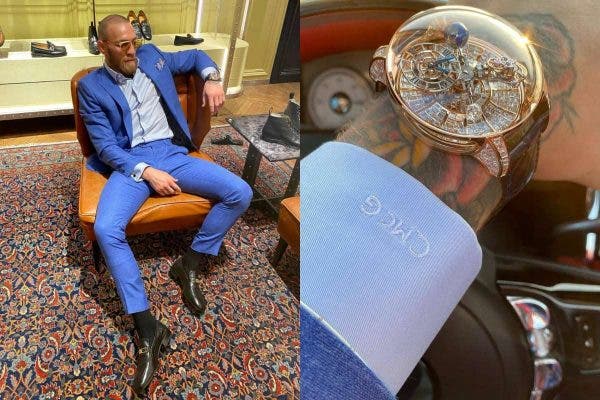 Irish professional mixed martial artist and boxer, Connor Mcgregor has taken to Instagram to show off his wristwatch worth well over N400 million.

Taking to social media, Mcgregor showed off his expensive watch amidst his press rounds for his upcoming UFC 257 bout against Dustin Poirier

The UFC fighter purchased the Astronomia Baguette watch in rose gold for a whopping $1 million.

The Astronomia Tourbillon Baguette is the epitome of 21st-century horological advancement in its expression of a cinematic sculpture animated by its four-arm movement construction.

Arrestingly rotating and floating through the sapphire and diamond-bound space of the completely see-through case.

Watch video of the UFC star showing off his watch: