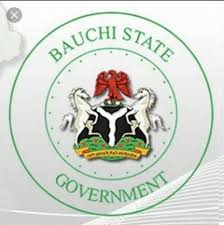 The Administrative Committee of Inquiry constituted by Governor Bala Mohammed on land dispute between farmers and herders in Misau Local Government of Bauchi state, on Tuesday submitted its report to Gov. Bala Mohammed.

Submitting the report, chairman of the Committee, Alhaji  Tijjani Gamawa said the committee received 21mmemorandum from individuals and groups, with 27 witnesses also testifying.

The chairman said they were made to understand that some forests were not gazetted and grazing lands were allocated to farmers indiscriminately.

He said such act left Fulanis without grazing reserve, stressing the need for government to protect grazing land for herdsmen.

Gamawa appealed for the implementation of the committee’s recommendations to avert the reoccurrence of such clashes.

Responding, Gov. Mohammed thanked the committee for a job well-done within the time frame given.

He assured that the state government would establish an administrative framework on forest and grazing reserves to ensure transparency and accountability in the allocation of lands.

The Governor promised to ensure justice in implementing the recommendations of the committee.

It would be recalled that two months ago, herdsmen and farmers clashed over land in Zadawa town of Misau Local Government Area of Bauchi state, resulting in the death of no fewer than seven persons.

Sequel to the incident, Gov.Bala Mohammed suspended three traditional rulers, one of them, a first-class emir, and constituted a committee to investigate the matter.

Related Topics:land dispute
Up Next

Sufferers speak as WHO declares Africa free of wild polio