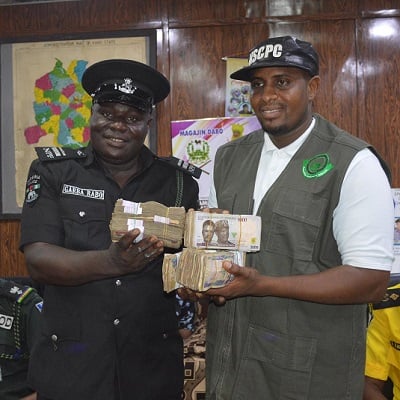 Rabo is an Inspector attached to the Kano Command’s Department of Operations while Jamilu Buhari is attached to Kano State Consumer Protection Council.

DR Baffa Babba Dan Agundi of KAROTA said: “The good conduct by these police officers is indeed worthy of emulation by the rest of the officers especially the younger ones who just stepped their foot into the Force.

“This shows that there is still greater hope for Nigeria and the commission. Despite the challenges bedevilling the society, they distinguished themselves and proved to be heroes or icons in the commission and society.

“The two policemen have made everyone to know that integrity and discipline are the hard currency that money can’t buy and are attributes one can only be attained by dedication, honesty and a structured and focused life.”