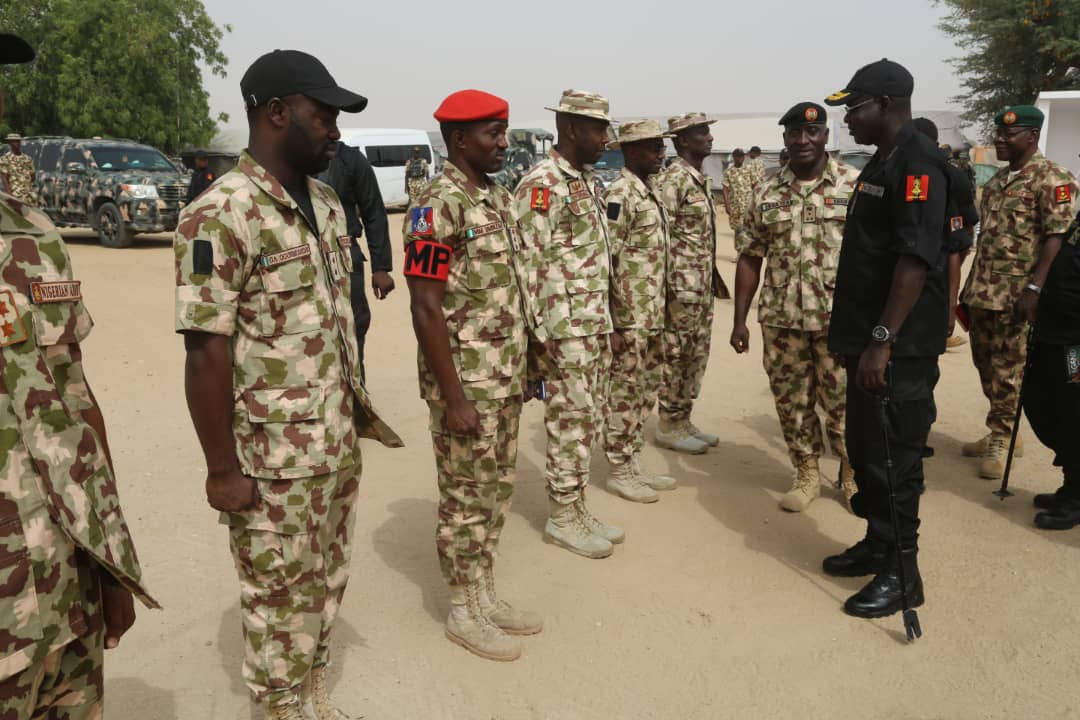 The Chief of Army Staff (COAS), Lt. Gen. Faruk Yahaya has consoled troops who were involved in a ghastly road accident at Garin Kuturu, along Maiduguri-Damaturu road in Borno State on Thursday.

Yahaya disclosed that the soldiers were involved in the accident while responding to a distress call in a troubled area in Borno.

He further explained that “one of the gun trucks conveying the troops skidded off the road and rammed into a road shoulder, causing the vehicle to somersault.”

According to him, nine personnel who sustained varying degrees of injury in the accident have been evacuated and were currently receiving medical attention in a military medical facility.

He, however, expressed relief that no fatality was recorded in the accident.