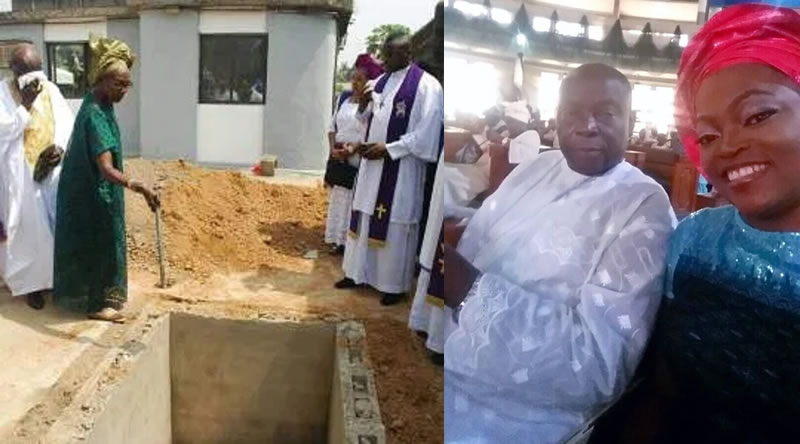 Nollywood veteran actress, Funke Akindele-Bello, was conspicuously absent when the remains of her father were laid to final rest in Ikorodu on January 17, 2020.

WuzupNigeria reports that Funke Akindele-Bello of the “Jenifa’s Diary” fame had taken to her Instagram page on December 9, 2019, to announce the demise of her father, Revd Godwin Akindele.

Their dad, Very Revd. Godwin Olusoji Akindele, died on Saturday, December 7, 2019, after a brief illness, aged 73. However, none of his four children was present at his Service of Songs and burial at Ibeshe in Ikorodu area of Lagos State.

The Bishop Methodist Church Nigeria, Diocese of Ikorodu, Rt. Rev Samson Osundina, then expressed his disappointment in Nollywood actress Funke Akindele Bello and her siblings over their absence at their father’s funeral.

While delivering the burial sermon, Rev. Osundina thanked the children for taking care of their father during the times when he was ill but stressed the fact that paying him the last respect as children were very important and significant.

He enjoined them to retrace their steps by making amends wherever necessary.

He then suspended the usual outing and thanksgiving service which are final programmes in Christian’s burial, till the deceased’s children are available to attend.

‘Worry about your moms jamming thighs’ singer, Teni warns fans who stress on her weight