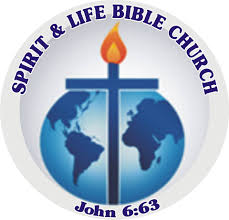 In an effort to complement the effort of the Edo State Government a church, Spirit and Life Bible Church, on Monday in Benin inaugurated a free transport service for school children and the elderly.

The project tagged “Free-Eunice Gordon-Osagiede School Shuttle” (EGOSS)’’ is in honour of the late General Overseer of the church, Mrs Eunice Gordon Osagiede, who was also the President of Godhead Prayer Ministry.

It was reported that Osagiede succumbed on Dec. 7, 2020 during a brief illness.

The Chairman, free-EGOSS, Pastor Monday Igbinigie, said that during late the Osagiede’s last birthday she expressed her desire to provide Edo children and the elderly free transportation.

He explained that it was her wish that led to the setting up EGOSS.

“She believed in helping the downtrodden, she believed that nobody, irrespective of tribe or position should suffer.

So, what you are seeing today is her pet project which we call it Eunice Gordon-Osagiede School Shuttle (EGOSS).

“It is a free bus free ride for all students, both primary and secondary schools, and the only condition is that the students must be in their uniform,’’ he said.

Igbinigie said that Bishop Godwin Osagiede, the current Bishop of the church, who is also the son of the late general overseer decided to add the aged to the programme.

“We feel that they (elderly) should be supported, this is our own token in supporting them in getting to anywhere they want to go to”, he added.

The pastor said that the church has 10 buses that would be plying five routes as from Feb. 2, 2021.

“The routes are Sapele Road, Upper Sokponba, Ikpoba Hill, Ugbowo and Ekewan Road for a start and we will attached two buses to each route.

“While inside the buses on their way to school, civic education will be taught. We will teach them the basics of the Nigerian society and how to maintain good hygiene, ” he said.

“There will be television screens inside the buses to teach the children that”, he added.