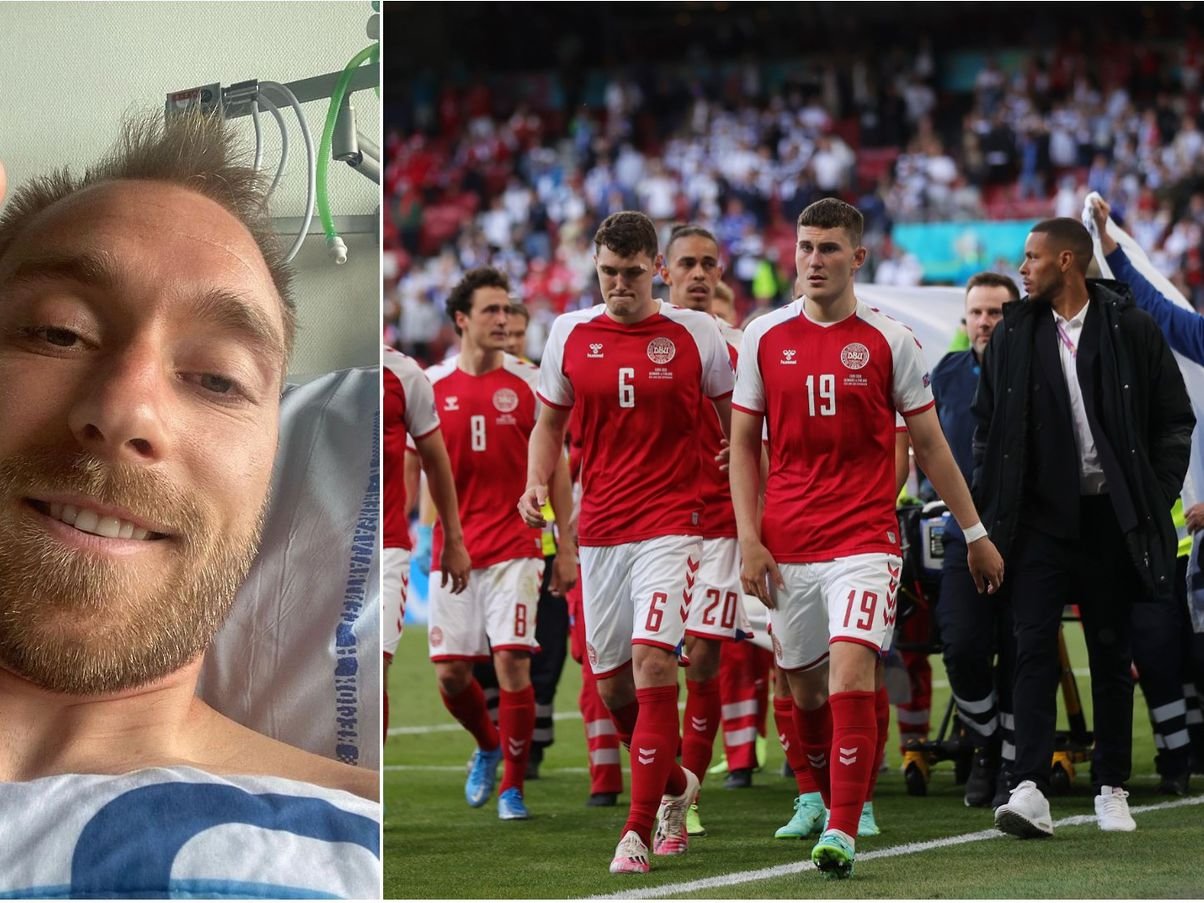 Hospitalised Denmark midfielder, Christian Eriksen, has sent a message to his team members via WhatsApp following their EURO 2020 2-1 defeat to Belgium on Thursday.

Thorgan Hazard cancelled Yussuf Poulsen’s early goal with a 54th-minute equaliser before Kevin De Bruyne put the nail on the coffin with his 70th-minute winner to hand the Danes their second defeat of the tournament.

Denmark began the competition with a 1-0 defeat, marred by Eriksen’s collapse after suffering a cardiac arrest on the pitch, requiring over ten-minute emergency CPR before being stretched off to the hospital where he is recuperating.

Although the Danes are still without a single point ahead of their final group against Russia next Monday, Eriksen was pleased with their fight against Belgium.

“Eriksen wrote in the WhatsApp group after the game and he said ‘We had been fantastic’,” Denmark and Barcelona forward Martin Braithwaite told reporters at his post-match press conference.

“I read the text on my way to the dressing room. We had a great start where we proved to be mentally strong.

“We were playing for Christian and the whole country. We felt the whole stadium around us, it was amazing,” Braithwaite added.

Meanwhile, the Barcelona forward said that they would have won the first game against Finland if UEFA hadn’t forced them to continue the game that was stopped in the tail end of the first half after Eriksen’s collapse.

“We would have won the first game, I am sure about that. But we were forced to play after what had happened.

“It’s incredible we still have zero points, but I have the feeling we will qualify.”

Meanwhile, Eriksen is set to be fitted with a heart-starting device following his collapse in Denmark’s European Championships opener.

“Christian has accepted the solution and the plan has moreover been confirmed by specialists nationally and internationally who all recommend the same treatment,’ Denmark team doctor Morten Boesen said.

“We encourage everybody to give Christian and his family peace and privacy.”