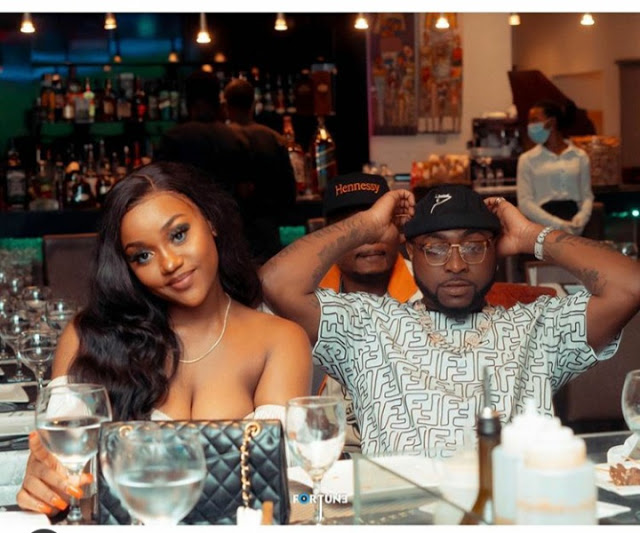 Chef Chioma Avril Rowland has intensified speculations of a rift between herself and estranged lover, Davido by deleting his photos from her Instagram page.

Trouble started in paradise when Davido was alleged to be dating an American video vixen, Mya Yafai.

Although the ‘Assurance’ singer quelled the rumour, viral pictures showing both of them kissing turned up the heat on last week.

Consequently, the strained between the lovers degenerated as Davido’s baby mama, Chioma, was to have erased him from her Instagram.

She deleted all except one that has their son, Ifeanyi, the album cover picture for the Davido’s latest album “A better time.”

Recall that popular blogger Kemi Olunloyo speculated this week that the family of Chioma has returned her bride price to Davido, a rumour both parties are yet to confirm or debunk.

Spend time with people that add value to you – Tonto Dikeh