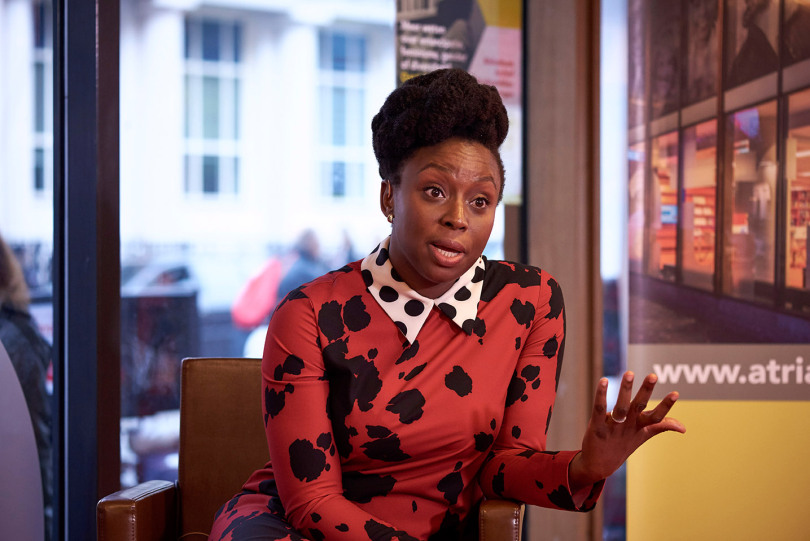 Multiple-award winning Nigerian writer, Chimamanda Adichie, has revealed how she fell into depression after writing her book, ‘Half of a Yellow Sun.’

The 42-year-old writer revealed this in a recent interview with Sahara TV, published on YouTube.

“I sank into one of the deepest and darkest depressions that I have ever experienced,” she revealed.

Ms Adichie said the book, which tells the story of the Biafran war, was based on the experiences of her family during the war that claimed her grandfathers’ lives.

She narrated how she struggled while writing the book due to the traumatic events that took place in Biafra that she had to describe in her book.

“Because this novel was so much about my family, what my parents went through, what that generation went through. During the research, I will read about a refugee camp and I will just stop and cry because it could be very well, where my grandfather died because my grandfathers died in different refugee camps in Biafra.

“So, looking at pictures was often time quite difficult because I will look at them and be like these are my cousins, the children who are suffering from kwashiorkor, whose bellies were extended, whose hair had turned red. Looking at pictures, original photographs taken by journalists in Biafra will just make me cry,” she noted.

Ms Adichie also said she was so engrossed with writing the book that she did not live her own life and when she finally finished, she didn’t know what to do and she fell into depression.

MORE READING!  I tested positive to HIV after being gang-raped for being gay, Nigerian chef cries out

Speaking about the process of writing the book, she said she found it easier to share details of the war mostly because she did not experience it.

“My father’s generation, so many of them did not talk about Biafra at all. I have met so many people who read Half of a Yellow Sun and said that only after they read it did they then go back to their parents and then ask their parents about their story, “what happened to you in Biafra, where were you?”

“They did not know and their parents did not talk about it because it is difficult. I cannot imagine being able to write a novel about Biafra if I have lived through Biafra. Obviously, some writers have done marvellous work who lived through the war, like Chinua Achebe, who has a really good story collection called “Girls at War”, Chukwuemeka Ike wrote about it, Flora Nwapa wrote about it, Buchi Emecheta wrote about it.

“But I think there will be more stories that are yet to be told by generations that will come after them because there is a certain privilege in distance when it comes to creativity,” she said.

Charly Boy counts his many blessings as he marks 70th birthday

Is fish your problem, call me let me buy you one, BBNaija Tacha shades Thelma