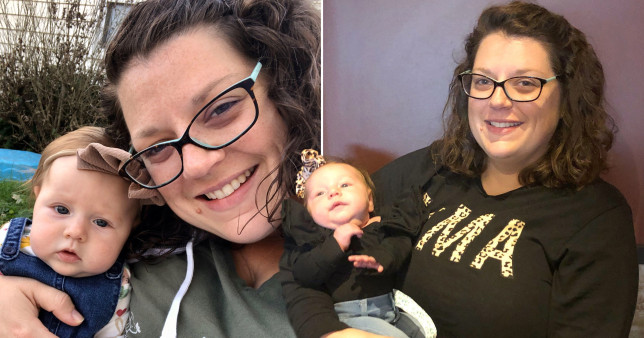 A science teacher identified as Allison King has said becoming a parent using donor sperm as a single woman is the best decision she has ever made.

The 32-year-old who lives in Indiana, USA, said she had always joked about using a sperm donor if she wasn’t married by 30.

Now in her thirties, she decided to opt for a sperm donor, but she didn’t want just anyone who already had so many children.

In 2012, while she was in Florida she went on a few dates hoping to connect with anyone, but unfortunately, it never happened and so she began looking for a donor.

She said, “I’ve had a deep motherly instinct from a child.

“I joked throughout my twenties about using a sperm donor if I wasn’t married by 30.

“In 2012, I was living in Florida and befriended my neighbour.

“We used to hang out, but it was never anything romantic.

“I remained single and just went on a few dates here and there but never connected with anyone.

“Eventually, I became tired of searching for “the one” and began looking into a donor.

King stated that it wasn’t until 2018 that she decided to confide in her neighbor, who offered to be her donor.

While she was surprised, she ultimately decided it was the best option for her child’s future.

So they began fertility tests in January 2019, which is how Allison found out she had uterine polyps.

According to Metro UK, King had surgery to remove any abnormal tissue ahead of her first round of IVF in November 2019.

In the end, eight of her eggs were fertilized, but just two were viable.

In August 2020, she gave birth to Laurel which she described as a decision she will never regret.

“I don’t regret my decision.”

“It felt like a piece of my soul was missing and she filled it. Days are sometimes hard and nights are long, but I wouldn’t want it any other way.

“It would have been nice to have a partner when having to install car seats or to do the dirty work such as changing diapers, but I don’t miss the relationship side,” King said.

Related Topics:childbirthIndianaSperm donor
Up Next