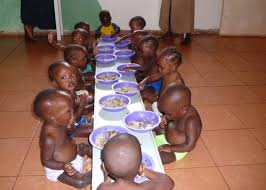 Delta-based Non-Governmental Organisation (NGO), Nigerian Child Welfare Fund says that there is high demand for child adoption in the state.

The Chief Executive Officer (CEO) of the NGO, Joshua Omorere made this known in an interview with the Newsmen on Monday in Warri.

Omorere noted that his NGO among other goals enforces and protects the rights of children through legal means.

According to him, the demand for child adoption in the state is higher than the children available for adoption.

He attributed the development to rise in medical cases and spiritual problems.

“I am an insider, I can tell you authoritatively that the rate of child adoption is on the rise annually in Delta.

“The reasons for this demand in adoption are that a lot of people have medical issues while some attributed their travaisl to spiritual problems that hindered them from having a child.

“Some people have completed their process of adoption for over a year now, but they have not gotten a child to adopt because there are no enough children to give out.

“It is unlike before when some people abandoned their babies,’’ he said.

Omorere advised that whoever wants to abandon her baby for whatever reason should go through the normal process and handover the child to the government.

He also advised those who buy children from the “black market’’ to desist from it and apply through the legal process.

“They are too much in a hurry. They think adopting a child is like going to the market to buy a fowl.

“Some orphanages adopt children for the purpose of “black market’’ without the State Ministry of Women Affairs knowing. We have cases with some of them in court.

He said that adoption laws are clear, prospective adopters apply formally to the State Ministry of Women Affairs, after that proceed to the court to get authority to adopt.

“Once your order is granted, process your documents and submit them to the ministry.

You will be invited for interview, and later the Ministry will call you when they have what you want,’’ he said.

Omorere said that orphanages was not a permanent home but rather a transit home where children were hosted temporarily for between one and two years before being released for adoption.

He, however, said that families with children could also adopt a child. “You are rendering help to the society by way of giving a life to a child deprived of living his or her normal life.’’

VIDEO: Lady spotted inside church pushing up gown to entice pastor as he preached