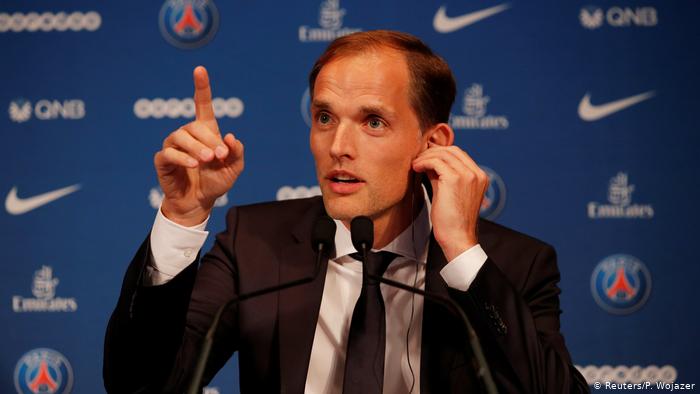 The news comes hours after the sacking of the Englishman and the London club are expected to announce the signing of the former Paris Saint Germain manager soon.

Lampard who spent 18 months as the head coach of the Blues vacated his throne at Stamford Bridge on Monday after a poor run of games.

The Chelsea icon was booted despite leading the club to the fifth round of the FA Cup with a 3-1 win over Luton Town on Sunday.

Chelsea’s billionaire owner, Roman Abramovich admitted that the decision to showing Lampard the exit was a difficult but inevitable move.

“This was a very difficult decision for the Club, not least because I have an excellent personal relationship with Frank and I have the utmost respect for him.

“He is a man of great integrity and has the highest of work ethics. However, under current circumstances, we believe it is best to change managers,” Abramovic said.

Meanwhile, with rumours about Tuchel flying around, Romano revealed that the deal to bring the German onboard has been sealed with an announcement coming soon.

In a tweet to his 2.3M followers on his verified Twitter account, Romano said: “Thomas Tuchel is the new Chelsea manager after Lampard sack, confirmed. Announcement expected soon. The agreement reached has been reached and here-we-go.”

It should be recalled that the Italian journalist had announced Lampard’s sack hours before the official confirmation from the club.

He tweeted: “Thomas Tuchel is set to become the new Chelsea manager, confirmed. Frank Lampard will be officially sacked today – Tuchel has accepted the #CFC job and is expected to sign in the coming hours.”

Tuchel who was sacked by the French giants a month ago despite a hard-fought Champions League Round of 16 qualification in a group that had Manchester United and RB Leipzig.

The German tactician joined the French outfit at the beginning of the 2018-19 season, winning back-to-back league titles as well as the Coupe de France and Coupe de la Ligue in 2020.