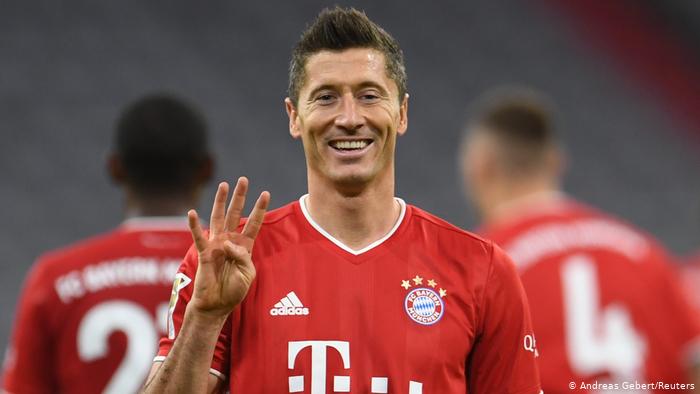 Poland striker, Robert Lewandowski, has one year left on his Bayern Munich contract, placing Chelsea, Manchester City and other suitors on alert.

Lewandowski joined Bayern from Dortmund in 2014 on a free transfer and his Allianz Arena contract runs until 2023.

Chelsea who are eyeing £150million-rated Borussia Dortmund ace Erling Haaland and Manchester City who have eyes on Tottenham star Harry Kane are thought to be interested in the 32-year-old.

The former RB Leipzig boss said: “I think it’s normal for someone who scores so many goals that almost every club puts out a feeler.

“I’ve already spoken to him and texted him. I’m not very fond of the first official act with a player being to immediately discuss his contractual situation.”

After seven trophy-laden seasons with Bayern, Lewandowski has gone to score an incredible 294 goals in just 329 appearances.

Racism: I was hurting so much, Saka breaks silence