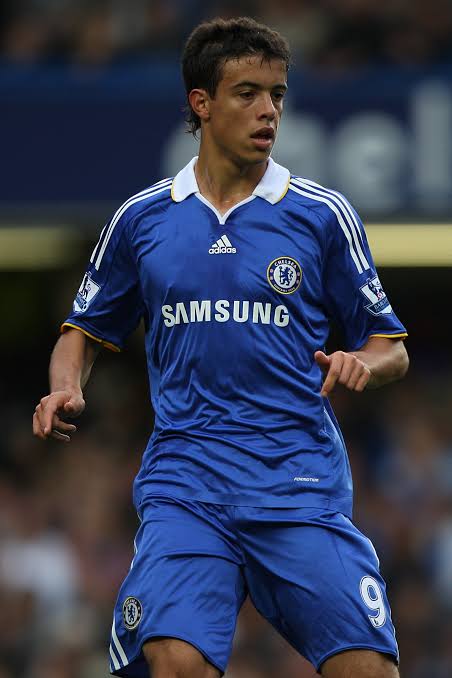 The Argentine striker joined Chelsea as an exciting talent in 2008 for £3.4 million ($5m) from an unknown Chilean club, Audax Italiano, but failed to net a goal for the Blues.

Considered one of his homeland’s most exciting young prospects after impressing with his performances in the Copa Sudamericana, Di Santo who was labelled ‘the new Diego Maradona’ only sparkled for Chelsea’s reserves.

But despite failing to register a single goal in just 16 appearances for Chelsea, Di Santo said he enjoyed his time with the Blues, revealing that he was made to feel right at home at Stamford Bridge.

He told Goal: “The ‘new Maradona’ nickname didn’t affect me,” Di Santo tells Goal. “My style of play wasn’t like his, and no one is like him, anyway. It was only a nickname given to me because I got 16 goals in 13 games for Chelsea’s reserves.

“I was really comfortable at Stamford Bridge. I felt happy there and they made me feel important and like one of them, even after coming from a small team that no one knew. When I spoke to the guys about my last team, Audax Italiano, they were like: ‘Oh, you came from Italy?’ I was like: ‘No, it’s in Chile!’

“Not one player knew that team. But they were really humble and helped me in every single way. It helped me to catch up with them. There were so many good players there. Every single one of them was amazing.

“You knew it when the international games came around: we had only two players not called up. Everyone was needed by their national teams, which was the level of Chelsea at that time. It was an amazing squad.

“I felt most impressed by Didier Drogba, with how he was both on and off the pitch. He was one of the greatest examples I followed to be a better player but also a great person outside of the pitch. He was an example for all the young players.

“In general, John Terry was always trying to help us. Everyone was good, though. I didn’t have a lot of minutes in Chelsea. I played a lot of games but only from the bench. I didn’t get the opportunity to play for [Carlo] Ancelotti, so I left Chelsea (in 2010) to play more games.

“At Wigan, I think I did a good job. In my last season, I was the top scorer in the team and we won the FA Cup as a small team. I was happy with my work in England.

“I came from a small team in Chile, so to move from there to England to play for a big club, one of the biggest clubs in the world, it was a really, really big step for me. Looking back, I think I am happy with my career there.”

JUST IN: Iheanacho crowned Premier League Player of the Month