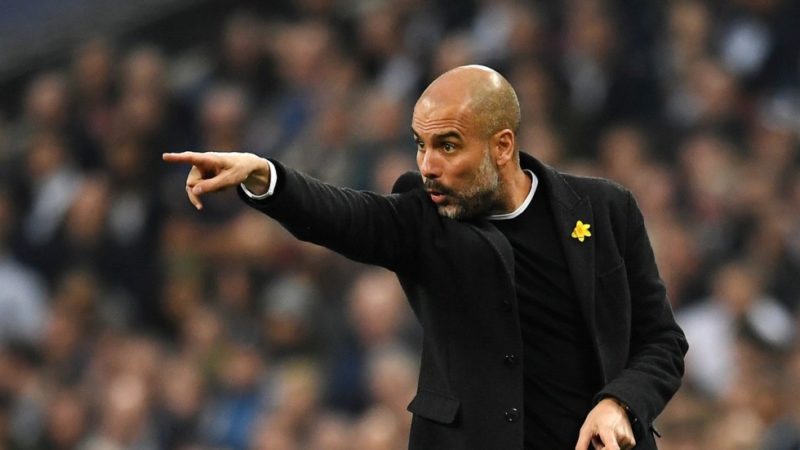 Manchester City boss, Pep Guardiola, has set sights on his first Champions League semifinals with the Citizens after victory over Dortmund.

Kevin De Bruyne’s opener was cancelled by Marco Reus but it was Phil Foden’s late strike that gave Guardiola the breather as City aim to escape the quarter-finals for the first time under Guardiola.

Speaking on the match, the Spaniard admitted that the frustration from Dortmund was caused by the weight of expectation on City who has been identified as favourites to win the match.

“When you win 26 games in 27 and they are not winning the Bundesliga, the pressure is on our shoulders,” he said.  “Everything is guaranteed for us. Everybody believed we would win. We had an incredible commitment and desire to go through,” he said.

City head to Germany with an advantage for the return leg next Wednesday in their quest for an unprecedented quadruple and Guardiola expects his team to go for the win.

He continued, “Now we fly there at 2-1 – always they score but we will adjust a few things we could not do today.

“In a calm way, the best way possible, the game we played and see what we can do better.

“We will adjust our pressing, adjust our build-up and play 90 minutes to try and reach the semi-final.”