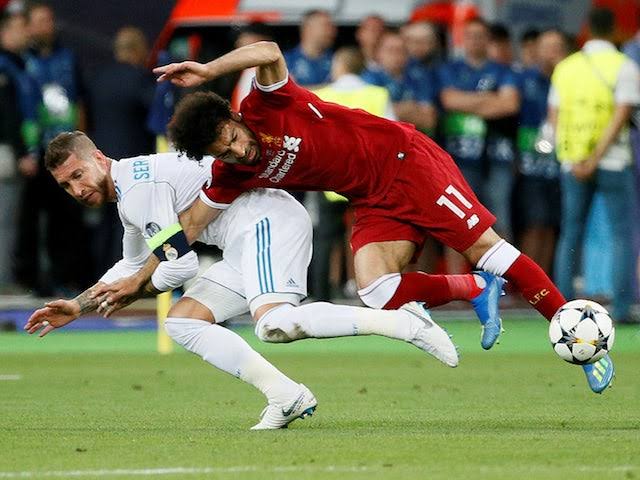 Real Madrid captain, Sergio Ramos, has been ruled out of the Spanish side’s Champions League quarter final clash against Liverpool over a calf injury.

The Spanish giants confirmed the news in a statement released On Thursday.
Ramos, 35, picked up a calf injury whilst on international duty with Spain.

“Following tests carried out today on our captain Sergio Ramos by the Real Madrid Medical Services, he has been diagnosed with a muscle injury in the inner calf of his left leg,” Real Madrid confirmed in a statement.

The injury would be a big blow for Los Blancos who take on Liverpool in the quarter-finals of the Champions League next week, and will then face rivals Barcelona in El Clasico.

This means that fans would not get to see the much anticipated confrontation between Ramos and Liverpool’s Mohammed Salah after their clash in the 2018 Champions League final.

Recall Salah was forced off early in the match after he was injured by Ramos before with Real Madrid going on to win 3-1 in Kiev.

DailyMail reports that Madrid’s record without their captain in Champions League games is poor – in their last 10 outings in Europe’s premier competition without Ramos, they have lost seven games.