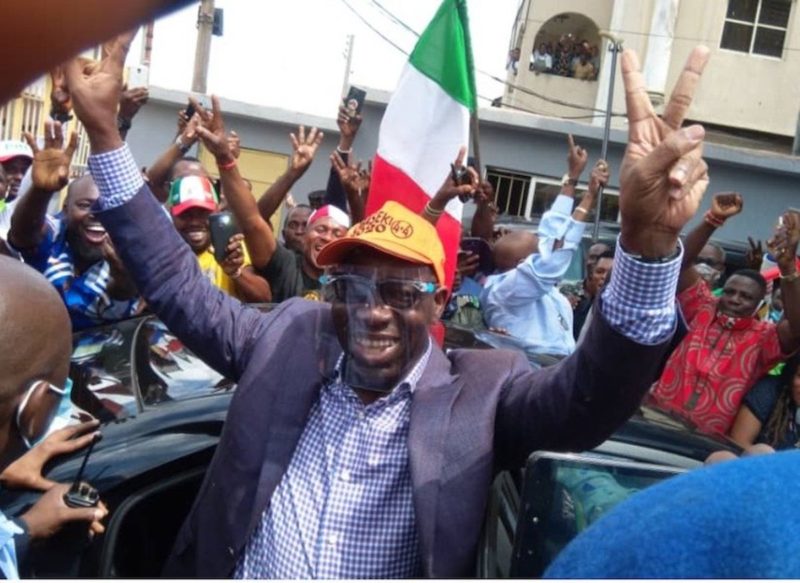 The Peoples Democratic Party (PDP) has hailed the Saturday’s judgment of the Federal High Court, Abuja which upheld the qualification and election of Edo Governor Godwin Obaseki.

The party in a statement by its National Publicity Secretary, Mr Kola Ologbondiyan, on Saturday in Abuja, described the verdict of the court as a triumph of justice.

Ologbondiyan described the judgment as a victory for democracy and a seal on Obaseki’s landslide victory as the clear choice of the people at the Sept. 19, 2020 governorship election in Edo.

“Indeed, the instant jubilation on the streets of Edo at the news of the judgment is a resounding testimony that justice has been upheld.

“It is also a testimony that Obaseki’s election was in line with the wishes and aspiration of the overwhelming majority of the people of Edo.

“Unarguably, Obaseki was reelected because of his manifest patriotism and dedication to duty as demonstrated in his unwavering zeal toward the development of his state and the empowerment of his people,” he said.

Ologbondiyan commended the judiciary for upholding justice on the case.

He urged Obaseki to continue in his selfless service to the people; for which the party and its elected and appointed public officers were known across the country and beyond.