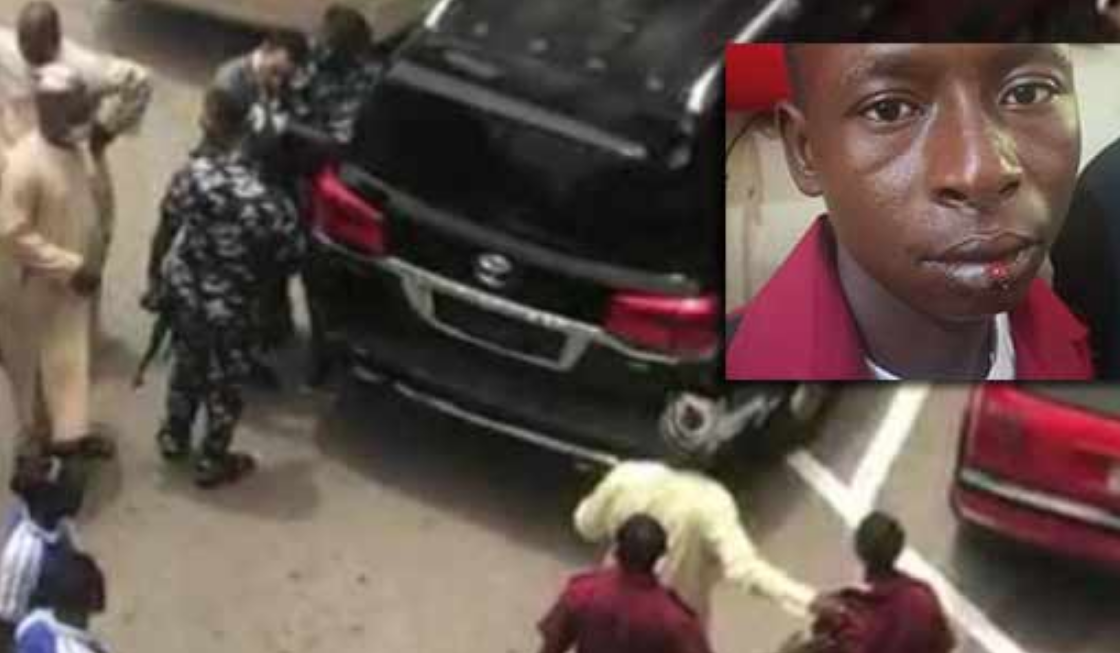 The security man that was assaulted by the Chairman of the Code of Conduct Tribunal (CCT), Danladi Umar, has spoken about the incident and what transpired between the CCT boss and him on the fateful day.

WuzupNigeria recalled that Umar had trended for the wrong reasons after a video showed him physically assaulting a security man at a popular plaza in Abuja on Monday.

Defending his actions in an error-filled statement issued by his spokesman, Ibrahim Al-Hassan, on Tuesday, the CCT chairman said the security officer was rude in his approach and threatened to deal with him if he refused to leave the scene.

However, the security man in question, in an interview with TheCable on Wednesday, rubbished Umar’s claims. According to him, Umar came down from his car and slapped him for telling him to park his car properly.

He said that the CCT chair also threatened to send to jail, adding that he has been hospitalised over injuries sustained as a result of the incident.

He said: “When he parked, I went to meet him and said, ‘oga, you parked on the road, adjust your car (because) even a car cannot be able to pass there.’ The man just came down from the car and slapped me.

“His driver also came and joined hand to slap me. He pushed me to the ground and went to his vehicle to pick iron to come and hit me. That is when someone came and held his hand and told him, ‘upon all you are beating this guy, you want to use the iron to hit him’.

“From there, I called my supervisor to quickly come and see what is happening. When my supervisor came, he asked what was wrong and the man was saying he will not leave me. He sent the other man (his driver) to go to his house and bring DSS (Department of State Services) to come and jail me; he said he will jail me.

“When the DSS came, as I was trying to talk, he gave me a slap in their presence and said I should get down on my knees. When I knelt down, the man came with his leg and broke my mouth and my cheek. That was when I fell down.”

He added: “He (Umar) said he is going to jail me; that he has jailed lots of people and they cannot come out unless he says so. He said he is the one that is fighting Saraki (Bukola Saraki, former senate president) and many people,” the guard said.

MORE READING!  Lilo, all shades of curves, skin and hair in new photos

Speaking further, the guard said police officers from the Maitama Division arrived at the scene and took him to the Divisional Headquarters where he was made to write a statement.

The guard added that he was at the station until late evening when his lawyer and manager were able to secure his bail.

Corroborating his claim, the plaza manager, Dennis Omala, and one of his colleague, told the news medium they witnessed the scene at Banex Plaza, Wuse 2.

The duo also said police officers from the Maitama division came to invite the guards present to the station but “we refused since we have been asked to write a statement (on what happened) and we have done that.”