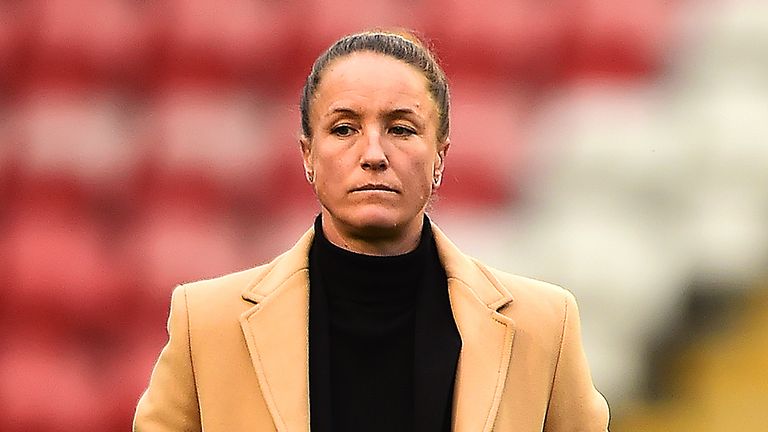 Manchester United female team gaffer, Casey Stoney, has stepped down from her managerial role at the club after three years in charge.

Sky Sports reported that Stoney’s resignation as head coach came after the club failed to qualify for next season’s UEFA Women’s Champions League competition after coming fourth on the table.

Stoney’s side was pipped to the competition by Arsenal who finished third on the standings above United by a single point.

The former England captain led the side to an immediate promotion into the WSL in her first season since taking over in 2018 and then secured consecutive top-four finishes in the English top-flight.

Announcing her resignation, the 38-year-old wrote: “It has been an honour to lead the women’s team at this great club and this has been an incredibly tough decision.

“Having come on board to start the team from scratch, then winning the Women’s Championship in our first season, we have now successfully established the team as a force in the Women’s Super League. I have loved leading this group and I am proud of what we have achieved together.

“However, after a difficult season with disruption caused by the pandemic, I now feel the time is right to take some time away and for someone else to come in and lead the team on the next stage of its journey. I want to thank the club, all of the fantastic staff, the fans, and most of all the players, for the incredible experience we have shared over the past three years.”

While Stoney is expected to lead the club to their final game of the domestic season at home to Leicester City in the Women’s FA Cup on Sunday, United have begun the search for a possible replacement.
According to the executive vice-chairman Ed Woodward, “As a club we are intensely proud of our women’s team and we have invested considerable resource to make it a success. Casey has been a driving force behind that success since she joined us in 2018.
“She has been an inspiration to her players and staff, fans, and to all of us. I know I speak for everyone in thanking her for her unstinting hard work and dedication and paying tribute to her achievements,” he said.