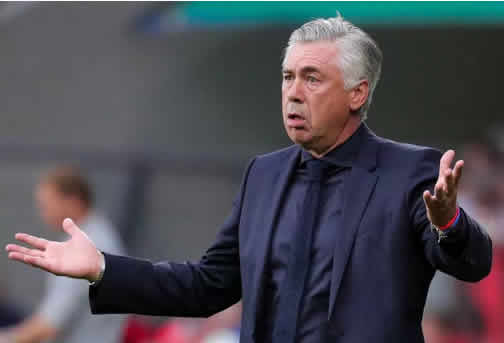 Napoli manager Carlo Ancelotti has laughed off speculation linking him with the vacant Arsenal job.

The three-time Champions League winner and former Chelsea manager is among the candidates being considered by Arsenal as a possible long-term successor to Unai Emery who was sacked on Friday morning following a disastrous run of results in all competitions this season.

Ancelotti was among the leading contenders to replace Arsene Wenger in the summer of 2018 before then chief executive Ivan Gazidis championed the appointment of Emery.

Arsenal have been miserable since the beginning of this season and have only won just two of their last 11 Premier League games.

They also squandered a one-goal lead to lose 2-1 to Eintracht Frankfurt at the Emirates Stadium in their Europa League Group F match on Thursday night.

Last night defeat made Arsenal go seven games without a win – the first time they have had such a run since 1992.

The loss also increased pressure on Emery before he was eventually shown the way out on Friday morning.

MORE READING!  Libyan premier to hand over power by end of October

When asked prior to his side’s Champions League clash with Liverpool if there was anything in the speculation, the former Chelsea boss, Ancelotti, laughed, before branding the talk as “rumours”.

“These are rumours! I have white hair and experience. In this moment they are all rumours.”

“I stay with Napoli, of course,” Ancelotti told BT Sport.

But the Arsenal board will now set about the task of finding Emery’s permanent successor, with the Telegraph reporting that Ancelotti is under serious consideration.

Although Wolves boss Nuno Espirito Santo is the favourite to succeed the Spaniard at the Emirates, Ancelotti is also a name continually linked with the role.

Update: Why we sacked Unai Emery, Arsenal board explains