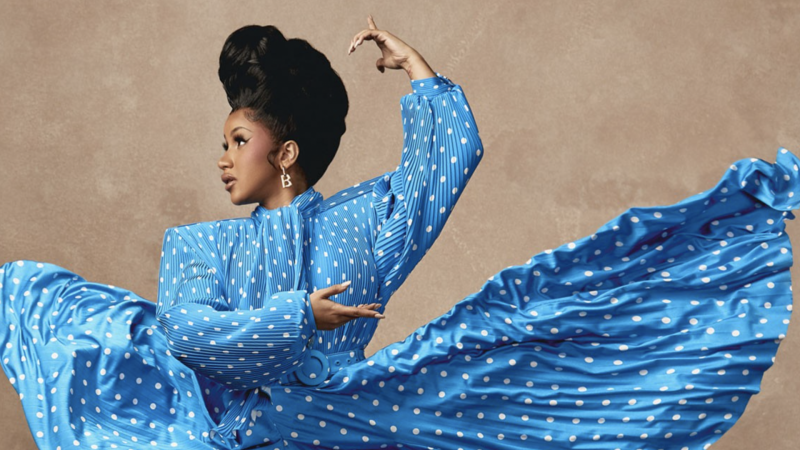 American rapper and songwriter, Belcalis Marlenis Almánzar aka Cardi B on Monday woke up to 100 million followers on Instagram thereby making her the 29th elite to attain this number.

Cardi B also becomes the second female rapper in history to reach the milestone after Rihanna.

“Wow 100 million followers? Let me ask each follower to donate a dollar !! Ya won’t see me again,” she joked about the milestone on Twitter.

Also, the expectant mother has become the ninth most followed musician globally.

The overjoyed mother couldn’t hold back her emotions after the 100 million followers on IG.

The rapper disclosed that she also celebrated the third birthday of her first child, Kulture whom she had with her husband, offset.

Cardi B who threw a party to celebrate her baby’s special day, however, met with heavy backlash on social media after her husband, Offset gifted Kulture with a $150K necklace.

In a bid to defend the gift, the ‘Wap’ crooner in a now-deleted post on Twitter said;

Cristiano Ronaldo stands out as the most followed celebrity with 312M fans.

MORE READING!  BBNaija: My man must do whatever I want without questions, Angel tells Sammie

Other musicians in the Instagram elite with more than a 100million followers are Taylor Swift, Jennifer Lopez, Nicki Minaj, and Miley Cyrus.

The rest are Katy Perry, Zendaya, and Demi Lovato.